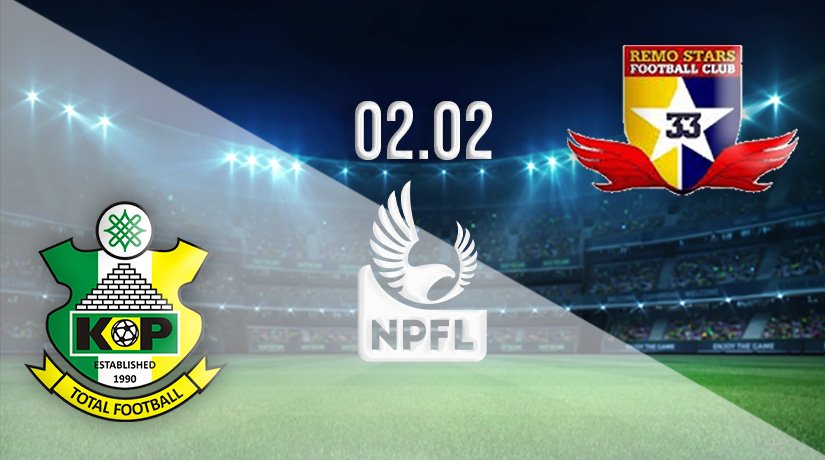 Kano Pillars will be looking to keep their good form going; they have won two consecutive matches in the league, and would want to make it 3 on the trot when they face Remo Stars.

Remo have dropped 4 points from their last 2 matches, which means that the onus will be with them to take the 3 points.

Out of the 9 matches, Kano Pillars have played, they have won 4, drawn 1, and lost 4. They have hauled 13 points and dropped 14 so far this season.

The Stars have played 9, won 5 and drawn 4, in the NPFL this season. This means that they are unbeaten in the league alongside Rivers United.

They have collected 19 points out of the available 27, and hence dropped 8 points.

After a couple of Covid-19 false positives, the Remo Stars contingent will be available for selection ahead of the match away at Kano Pillars.

Kano Pillars have not reported any niggles, injuries, or Covi-19 absentees. This means that all their key players are available for selection ahead of the clash at home to Remo Stars.

As Remo Stars seek to come back from two consecutive draws, the last one coming against league leaders (on goal difference) Rivers United, they will need their star forward Okpe to lead from the front.

The marksman is essential in ensuring that Remo Stars are clinical in front of goal. His work rate is also an important asset for the team when they are playing on the front foot and seeking to force opponents into mistakes.

The wide man offers work rate and pace going forward. His energy means that he can track back when he is deployed on the wing of Kano Pillars.

His creativity means that he is dangerous when cutting in from the wing or when hugging the touchline and stretching the game. This tactical maturity allows him to be impactful when playing against teams that sit back and defend, or when facing attacking and pressing sides.

Salisu, therefore, gives Kano Pillars tactical flexibility in their approach to matches, which is an essential tool to have in the NPFL.

After two consecutive draws, Remo Stars will approach this match with the intent to dominate both possession and the creation of chances. Having missed the chance to leapfrog Rivers United, it will be important for them to maintain a winning run to keep up with the league leaders.

Kano Pillars are in a good run of form, having won two consecutive matches in the NPFL. However, coming up against the side that are joint-top of the NPFL, expect Kano to adopt a pragmatic approach with the danger coming from transitions.

Remo Stars are favoured to take all 3 points and continue with their title quest.

Make sure to bet on Kano Pillars vs Remo Stars  with 22Bet!