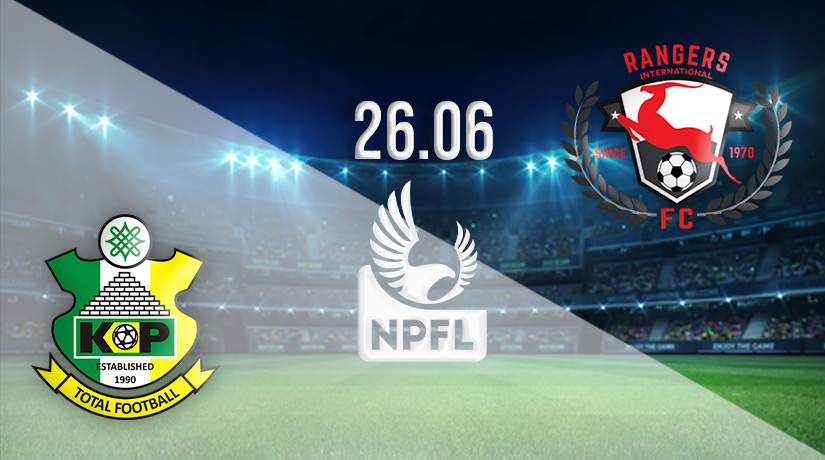 Fourth-placed Enugu Rangers will be looking to bounce back to winning ways after a three-match winless run in the NPFL when they visit 15th-placed Kano Pillars at the General Sani Abacha Stadium on Sunday at 16:00GMT, as Enugu Rangers seek to leapfrog Remo Stars to third on the table in the run-in.

Can Kano Pillars Move Further away from the Drop Zone with a Win against Enugu Rangers?

Kano Pillars have amassed 42 points at this stage of the season, and they are just two points above 18th-placed Dakkada and the relegation zone.

This means that with four matches remaining in the NPFL season, Kano Pillars will need some points on board to bolster their quest to survive in the league next season.

The clash with Enugu Rangers will be crucial for Kano Pillars as they seek to collect the precious points they need to survive and fend away the pressure from teams below them: Katsina Utd (42 points), Niger Tornadoes (40 points), Dakkada (40 points), and Heartland (40 points).

The focus for Kano Pillars will be on solidity as they seek to stop Enugu Rangers and bolster their chances of taking a favorable result from the clash.

Can Enugu Rangers Bounce Back to Winning Ways with Victory at Kano Pillars?

Enugu Rangers have not won a match in their last three outings in the NPFL (one draw and two losses). The gaffer will be looking to bolster the team’s form and get back to winning ways.

Enugu Rangers have amassed 52 points, which places them fourth on the table and just a point behind third-placed Remo Stars. A win could see them leapfrog Remo into third on the log with three matches remaining in the season.

The focus for the Rangers will be finding their cutting edge in front of goal again as they have failed to find the score sheet in their last three matches, which have needed in two losses and a barren draw.

Kano Pillars have won just twice in their last five outings in the NPFL; they have also lost twice and drawn once in this run. Kano Pillars have collected 7 points and dropped 8 in the process.

The two wins came against Remo Stars (3-1) away from home and in their latest fixture in the league against Dakkada (1-0) at home. The only draw in this run came against the 1-1 stalemate against Wikki Tourists.

Kano Pillars have kept just one clean sheet in this run, which highlights their core challenge, which is preventing the opposition from scoring against them. This will be crucial as they seek to upset Enugu Rangers on home soil on Sunday.

Enugu Rangers have won just once in their last five outings in the league; they have also lost three times and drawn once in the process. They have collected just four points and dropped eleven in the process.

The win came four matches ago in the clash with Wikki Tourists, which ended in a 1-0 triumph for Enugu Rangers. The draw in this run was against league leaders Rivers Utd in a 0-0 result in their last match in the league.

Enugu Rangers have scored just two goals in this run of five matches, which highlights their problem – scoring goals.

The experienced midfielder has made 32 appearances for Kano Pillars this season scoring six goals and grabbing six assists.

The attacking midfielder is influential in shaping the Kano Pillars attacks and connecting midfield with attack.

The 20-year-old forward gas made 27 appearances for Enugu Rangers this season and has notched seven goals in the process.

His goal-scoring will be crucial for Enugu Rangers when they take on Kano Pillars on Sunday.

Kano Pillars will be looking to bolster their defense to keep a clean sheet. Enugu Rangers will focus on bolstering their attack as they look to notch a goal in four matches.

This match will end in a draw given the quality and form of the two teams.

Make sure to bet on Kano Pillars vs Enugu Rangers with 22Bet!