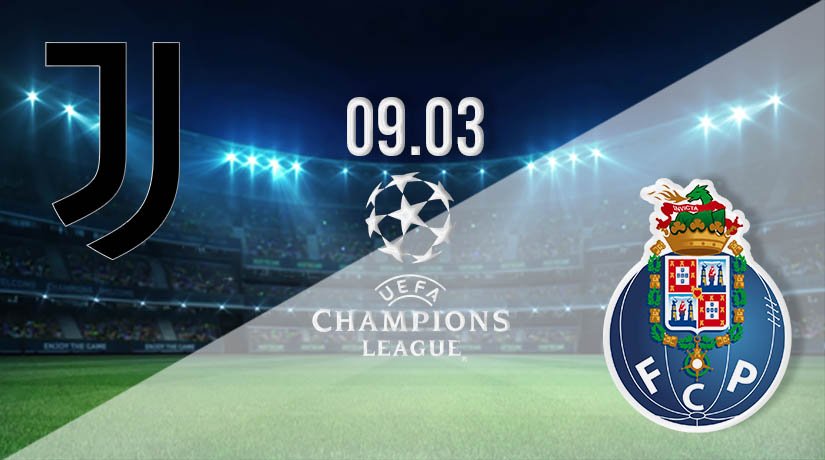 Two games will be played in the UEFA Champions League match on Tuesday evening with both shown live on television to a bumper audience. In this article, we focus on the match in Italy where Serie A champions Juventus aim to keep alive their dreams of re-conquering Europe when hosing Porto in this round of 16 second leg.

These teams have met six times in the past and it’s no real surprise to learn that the Old Lady have dominated proceedings so far. The head-to-head stats show Juventus have won four of the previous games with one victory for Porto and the spare ended in a draw. The visitors were able to get off the mark last time, however, when securing a 2-1 aggregate lead.

Juventus may have lost the first leg, but they were able to score an away goal and keep things competitive, something that will offer encouragement heading into the second leg. A 1-0 win would be enough to send the Old Lady through to the next round of a competition they are one of the favourites to win but it would be a surprise to see Juve play for the narrow win and scrape through.

Juve warmed up for this clash with a confidence-boosting 3-1 home win over Lazio on Saturday in Serie A. They made a mockery of what had been billed as a dangerous tie, fighting back from a goal down in the opening 14 minutes. Goals from Rabiot and a Morata double clinched the three points.

FC Porto knew their best chance of getting through this tie against the Italian champions came from securing a first-leg win on their patch. They know Juventus are a force at their stadium but now make this trip with an advantage to protect thanks to a 2-1 win last month. Goals from Taremi and Marega put Porto in a commanding position before Chiesa hit back late in the day.

Porto were in league action on Saturday when beating Gil Vicente 2-0 away from home. It was a game they were expected to win but the team deserve credit for their performance and margin of victory. That would have helped the players’ confidence before making the daunting trip to Italy where they’ll face one of the biggest sides in world football.

Juventus aren’t out of it, but they know they must win the game if they want to progress. That should ensure the locals go on the attack early as the first goal in this game is important. The longer Porto can keep things level the more Juve will worry. This could become a nervy 90 minutes of action if there’s not an early goal scored by Juventus.

Make sure to bet on Juventus vs Porto with 22Bet!