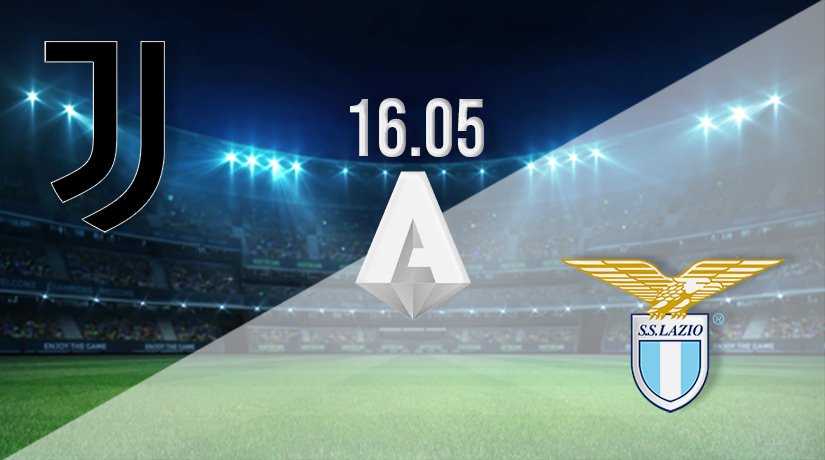 This weekend’s football action spills over into Monday, and we have some interesting matches to look forward to from the English Premier League, Championship and across Europe. There’s plenty to keep you busy with many games scheduled to be shown live on television, but the one we focus on here comes from the Italian Serie A. Juventus host Lazio from 19:45 GMT, and with both teams pushing hard for a European finish, this should be a classic. Juventus hold the home advantage but enter this fixture on the back of a defeat.

Lazio have won their last two league games, and that late flurry has the visitors in high spirits. They plan to come to the home of Juve and add another victory, helping the club finish the campaign on a high. The aim here is to ensure European football and show their supporters that they can do better next season. Lazio are a side expected to challenge for the top four, and although they’ll miss out on that, getting as close as possible would be a bonus for all concerned.

Monday evening’s match will be the second time this season Juve and Lazio have met following a league encounter back in November. It was Lazio with the home-field advantage that day, but Juve took the points thanks to a solid 2-0 win. The goals were scored by Leonardo Bonucci, who hit a double to seal the points. Fans of the locals will want to see something near a repeat performance, but their opponents come intent on getting their revenge. Which side will get their wish and bag all three points?

Juventus are fourth in the table and have already done enough to secure Champions League football for next season. The only side they needed to worry about in the closing weeks was Lazio, but Juve are already seven points clear with time running out. It will be interesting to see how they approach this game. Will we see Juventus down tools now they have done the hard part? They are inside the top four and can’t win the league but could pass Napoli into third place, which would be a great effort as Napoli were challenging for the league title not long ago.

The home team’s season stats stand at 20 wins and nine draws against seven defeats, scoring 55 goals and conceding 33. They are the lowest scorers of the top seven teams in Serie A, but their defensive record is up there with the best in the division, as you would expect from a team with their experience. In pre-season, the Juventus coaching staff, scouts, and the board will look at ways to bolster their attack as the club have struggled to deal with life following Ronaldo’s departure to Manchester United.

Despite a decent season, Juventus have won only two of their last four games and were beaten in their most recent start. That defeat was inflicted by Genoa on the road last Friday in a match Juventus were expected to win quite comfortably. Dybala scored on 48 minutes to put the Old Lady in the driving seat, but they then let their guard drop, with Genoa, scored on 87 minutes and 96 minutes. The winner came deep into stoppage time and was a body blow for a Juve side that appeared to be coasting.

Lazio are aiming for a treble

Lazio enter this match looking to land a treble after securing back to back wins in their last two league games. That run lifted them to fifth in the table, but it’s all a case of too little too late for a side that has put their fans through the wringer in this campaign. That double moved Lazio’s league form to 18 wins and eight draws against ten defeats, scoring 72 goals but conceding 53. Those numbers show Lazio have found the net more times than AC Milan, who are the current league leaders, but they have also conceded just three fewer goals than Genoa, who are second from the bottom of the table.

Their winning run began in the final match of April when beating Spezia away from home by the odd one in a seven-goal thriller. That was a thrilling contest that swung back and forth, showing just how dangerous Lazio are going forward and also how fragile they are when under pressure. If they could tighten up their backline this summer, there’s no reason why they can’t build on the improvement made this term and challenge for the league title. A top-four finish will be the aim when we resume in summer.

They opened the final month of the season with another morale-boosting win, this time in front of their fans when beating Sampdoria at home. It was a close contest, but Lazio took their chances and ended up fully deserving of the points thanks to goals from Gil and Alconchel. That was an example of just what Lazio are capable of when in the mood, but it is frustrating for fans who would love to see them play like that more often. A repeat performance here would put them in a fantastic position.

Here we have two teams who have performed well this season but know they are capable of better. If this match was played halfway through the season, we would have something concentrate to go on, using the stats and trends to help edge us towards a strong prediction. But when previewing football matches at this time of year, you are forced to second guess how much desire the players still have and if the managers will rotate, giving their fringe and youth players a chance.

Juventus are priced at 2.12 to win this match, with 22bet members offered 3.3 for a Lazio win. Fancy a level finish on Monday evening? You can back the draw at 3.58.