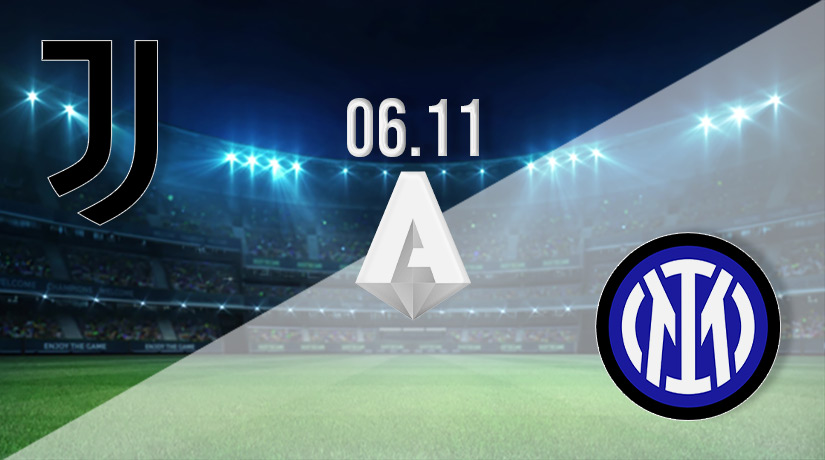 Two of Serie A’s in-form teams, separated by just two points on the table, go head to head when Juventus welcomes Inter to the Juventus Stadium on Sunday at 20:45 GMT for a tough clash both teams hope to climb the table and challenge for Champions League places.

Can Juventus Continue with their Upturn in Form and Results with a Win on Sunday?

After a difficult start to the season, Juventus are regaining some consistency in recent matches. Massimiliano Allegri will be hoping his side retain the composure and form when they host a very strong Inter side on Sunday.

The Old lady will be looking to move on from the 1-2 defeat at the hands of PSG on Wednesday, which confirmed that they will drop down to the Europa League.

Allegri will seek to rally the troops and get them in the right frame of mind and motivation to face a resurgent Inter side, and go all out for the three points that will help them climb the table.

Can Inter make it Five Wins on the Trot in Serie A?

After a bad patch of inconsistent results, Inter have hit a fine vein of form in the last four outings. Simone Inzaghi and his charges will be looking to extend this run when they visit Juventus on Sunday.

Inzaghi will hope his side will give a mature performance characterized by discipline at the back, dominant midfield, and a fluid attack.

The focus will be to find a fine balance between their defensive setup to nullify Juventus’ attacking threat while retaining fluidity up front to trouble the defence of the hosts.

In the 12 Serie A rounds of fixtures this term, Juventus have won six times. They have also drawn four times and lost twice in this run. Allegri’s charges have scored 18 goals and conceded 7, highlighting their defensive solidity.

The Turin side have collected 22 points out of the available 36. They currently sit 7th on the log, a point behind their Sunday opponents Inter in 6th.

In their last five outings in Serie A, Juventus have won four times and lost once. This includes a run of wins in their last three fixtures. They have collected 12 and dropped 3 in the last five.

Inter have not hit the high standards from last season’s unsuccessful Scudetto charge. They have won eight times and lost four times in the last 12 matches they have played in Serie A.

They have scored 25 times and conceded 17 in the process. While Inter’s attacks have been brilliant, their defensive record has not been to their usual mean standards. Inzaghi needs to work on the shape to make it harder to concede goals in Serie A.

Inter have collected 24 points so far, out of the available 36. They are currently 6th on the table, just a point behind 4th-placed Roma.

The Italian international is important to Juventus and how they set up to play. He is important in controlling the midfield for Juventus, protecting the central defenders, and being the creative engine from deep.

Tactically, Locatelli is important in the offensive and defensive phases. He will be important for Juventus as they seek to stamp a foothold in midfield against Inter.

The striker is a crucial outlet and goal threat for Inter. His goals are important in opening up games and ensuring that Inter are collecting three points.

His movement, pace, and connection with other attacking players make him a massive asset for Inter.

Juventus will look to be pragmatic in their approach. They will defend in numbers and deep as they look to launch attacks on the counter.

Inter will look to dominate the ball, dictate the tempo of the match, and use their wide players to create chances, bolster offensive movement, and enhance their chances of winning.

Inter will have enough to win this match and take home the three points.

Make sure to bet on Juventus vs Inter with 22Bet!