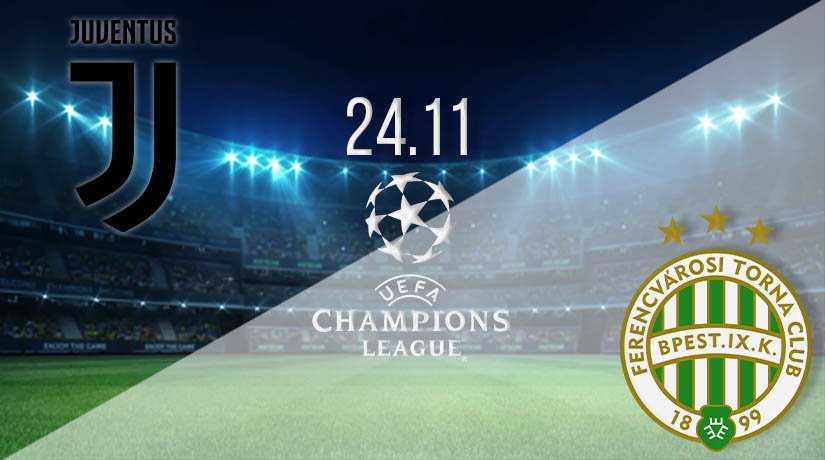 Italian Serie A champions Juventus return to their home stadium on matchday four of this season’s Champions League group campaign. The Old Lady are battling with Barcelona for the top spot in Group G and have an opportunity to pick up all three points when hosting bottom club Ferencvarosi from 20:00 GMT in this live on TV match.

Juventus have won two and lost one of their first three games in this group with the spare defeat coming against leaders Barcelona. The Italians have scored six goals and conceded three, the latter sure to prove a cause for concern to the coaching staff who pride themselves on ensuring Juve are never easy to break down.

They lost to Barca on matchday two but were able to make a quickfire return to winning ways last time out, hammering Ferencvarosi 4-1 on the road. Morata bagged a double in that game with the other goals scored by Dybala and a Dvali own goal. That was more than enough to see off an opponent who fired back through Boli with 90 minutes on the clock. Since that win, Juventus have drawn with Lazio and beaten Cagliari in Serie A.

Ferencvarosi were always expected to struggle when making it to the Champions League group stages and being drawn in Group G alongside Barcelona, Juventus, and Dynamo Kyiv. Most football pundits picked them to finish bottom of the pile and the visitors have proven that call to be bang on the money so far.

They arrive at the Juventus Stadium bottom of the pool with one point claimed from the nine up for grabs. Ferencvarosi have scored four goals and conceded 11 in three games and that’s the reason they find themselves ranked bottom and facing the possibility of being eliminated from European football after six matches.

Juventus know they must win this game if they are to worry leaders Barcelona, but they’ll also want to score a few goals to ramp up the pressure on the Spaniards. Ferencvarosi understand just what they are up against and will look to defend and remain competitive for as long as possible.

The pre-match betting on this game has Juventus priced at 1.104 with 22bet offering Ferencvarosi at 25 to cause an upset. The draw is 9.2.

Make sure to Juventus vs Ferencvarosi TC  with 22Bet!