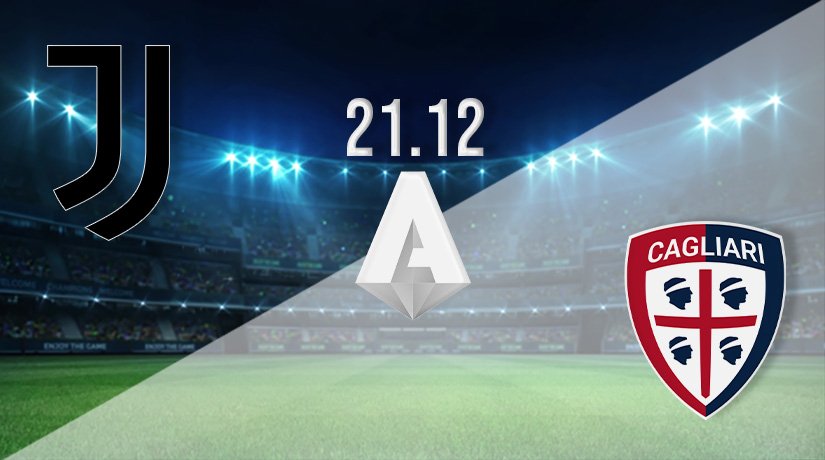 Juventus will be looking to maintain their form in their final league fixture before Christmas on Tuesday evening. The Old Lady are currently six points outside of the top four, but could move to within three points with a home success against Cagliari.

It hasn’t been the start to the season that Juventus and their fans would have been hoping for, as it already looks as though the championship this season is out of reach. Instead, the very best that the Old Lady can hope for this term is a finish in the Champions League places in the league standings. Juventus have certainly looked much stronger in recent weeks, and come into this fixture having gone four without defeat in the league.

The Old Lady have won three of the four games that they have played during that run, which includes a win in their last league fixture. Juventus bounced back from a draw against Venezia with a massive victory on the road against Bologna. The Old Lady were in complete control throughout that fixture, and took the lead after six minutes through Alvaro Morata. The points were secured with just over 20 minutes remaining, as Juan Cuadrado scored the important second.

Things are looking pretty dire for Cagliari at this stage of the season, as they are down in 19th place as we get to the half way stage. They are still three points from safety, but victories have appeared very hard to pick up, as they have won just once in 18 games so far this term.

Cagliari have also gone five without a victory in Serie A, and have lost each of their last two games. They have conceded eight goals in their last two defeats, with half of those coming in their loss against Udinese on Saturday.

Juventus vs Cagliari Head to Head

The Old Lady have won nine of the previous ten fixtures between these two sides in the league. They won both games last season, scoring five goals and conceding just once. Cagliari last picked up a win in this fixture in July 2020, as they won 2-0 at home.

Wins are hard to come by for Cagliari this season, and it’s hard to see them picking up a second win of the season on Tuesday. Therefore, the pick needs to be for the Old Lady to pick up a second straight win.

Make sure to bet on Juventus vs Cagliari with 22Bet!