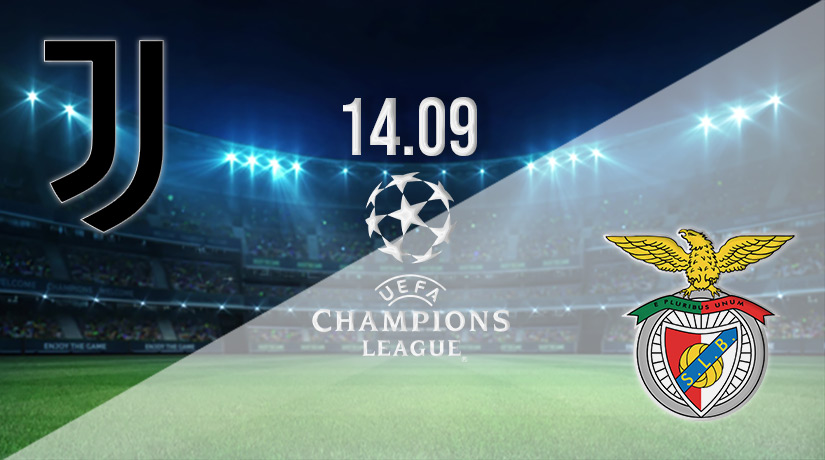 Juventus will be looking to get their Champions League campaign back to winning ways after their matchday 1 trip to PSG ended in a 2-1 defeat; the Italian Serie A giants welcome Portuguese Primeira Liga table toppers Benfica to the Juventus Stadium on Wednesday at 20:00 GMT.

Can Juventus Get their Champions League Campaign back to Winning Ways?

Massimiliano Allegri’s side will be looking to improve on their matchday 1 showing in PSG when they face Benfica on Wednesday.

Juventus will look to improve their showing in front of the home fans; the focus for Allegri will be on getting his side to make a high-energy and high-intensity showing with poise and purpose.

Allegri knows that it will not be an easy match given the quality and experience of the Portuguese side they will face on Wednesday.

However, with the club dreaming to be back in the latter stages of the Champions League, the onus is on Allegri and his side to deliver on Wednesday night under the light.

Can Benfica Cause an Upset in Turin and make it two out of two wins in Group H?

Benfica made easy work of Maccabi Haifa in their opening match in Group H with a convincing 2-0 win at home. On Wednesday, they will face a team that is far more experienced in this competition than Haifa.

Roger Schmidt’s focus will be on the performance levels of his side on Wednesday. Given the quality of Juventus and the anger they pose, Benfica will need to be at their best to stand a chance of taking anything from Turin.

The intensity level of their performance and the concentration levels of their defensive players will need to be at their best. This is especially the case in transition situations when Benfica.

Although Juventus have an unbeaten record in Serie A this term, their domestic form has not been spectacular.

Out of their opening five Serie A outings, Allegri’s men have collected nine points out of the available 15. In this run, they have won twice and drawn three times, thus dropping six points in the process.

Their challenge has been keeping consistently high-performance levels in different matches. As a result, Juventus have blown hot and cold this season, without consistency yet.

In their Champions League Group H campaign, they opened their account with a loss away to PSG. They will be looking to get back to track on Wednesday when they face Benfica.

Roger Schmidt’s side have won six out of the six matches they have played in the Primeira Liga this season. They have 18 points and top the table three points ahead of second-placed Porto.

They have scored 14 goals while conceding three. They have kept four clean sheets in the process. This run of results highlights Benfica’s strengths to be establishing a balance between their defensive structure and attacking organization.

They opened their Champions League Group H account with a 2-0 home win against Maccabi Haifa. This result came in the aftermath of a play-off victory over Dynamo Kyiv with the Portuguese side winning 0-2 away from home and 3-0 in front of the home fans.

The 22-year-old Serbian has been in superb form in Serie A for Juventus. He has notched four goals in four appearances for the Old Lady.

The striker is the lynchpin of the Juventus attack. His attributes like pace, movement, runs and aerial power are all tools Allegri’s side will seek to use when they face Benfica on Wednesday.

Vlahovic will be crucial for Juventus as they seek to bounce back from the defeat against PSG and get their first points in Group H. They also understand that a defeat will put their chances of qualifying from this group in serious jeopardy.

Goncalo Ramos, the 21-year-old Portuguese player has made a prolific start to the new season for Benfica.

Ramos leads the line for Benfica with energy, guile, and industry. His pressing is important in defending from the front. His runs and link-up are also important in creating chances and openings for others to score goals.

Ramos will be crucial for Benfica in putting together a good away performance at the Juventus Stadium.

Juventus will look to play on the front foot, dominating possession, and pin Benfica in their half in large swathes of the match.

Benfica will focus on being compact and solid out of possession; they will also look to pose an attacking threat when in possession by using their fast wide players, pushing their full-back higher up the pitch, and their striker playing off the shoulder of the defender.

Juventus have the home advantage plus the quality they need to win this match and record their first points of this season’s Champions League campaign.

Make sure to bet on Juventus vs Benfica with 22Bet!