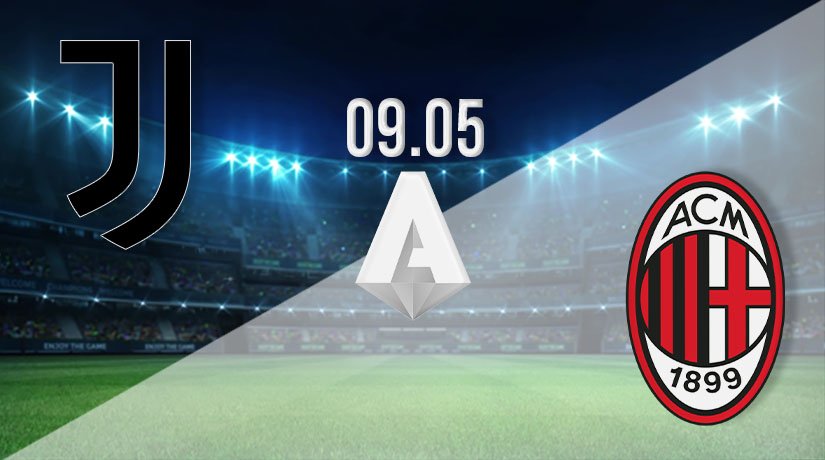 The race for Serie A points resumes this weekend with games played in the Italian top-flight played on Saturday and Sunday. The bulk of matches go ahead on Sunday, and it will be an entire afternoon of action for armchair fans with the kick-off times staggered between 11:30 and 19:45. In this preview, our team focuses on the match involving last season’s champions as Juventus take in AC Milan from 19:45 in a top of the bill brawl that will be shown live on television to a global audience.

Juventus started the week in third place behind Inter Milan and Atalanta with time running out to catch second. Opponents AC Milan were once considered challengers for the title and sat joint top with their derby rivals Inter but have fallen off the pace, dropping to fourth after suffering a dip in form. They could dip out of the top four if they lose this game.

Juventus ended as comfortable winners of the points when last facing AC Milan, winning 3-1 back in January away from home. They collected the victory thanks to goals from McKennie and a Chiesa double. When last playing host to AC Milan, however, the game ended 0-0. Another share of the points wouldn’t suit either of these clubs.

The Italian Serie A season has only four games left, meaning there’s a maximum of 12 points to play for. With Juventus sitting 13 points off the pace set by Inter Milan, their hopes of retaining the trophy are now dead and buried. Inter are champions and deservedly so after a stunning season where they have been the most consistent team in the division. With their long reign as kings of Italian football coming to an end, the only thing left to play for is the runners up finish and damage limitation.

Juventus are currently third in the table with 69 points on the board. That tally has them level with Atalanta in second and AC Milan in fourth while the Old Lady is only two points better than Napoli in fifth. The locals are in danger of losing their title, dropping out of the top four, and missing a place in next season’s Champions League. That would be damaging to a club with Juven’s outgoings. They need the riches of the Champions League to keep progressing.

The form of Juventus this season makes the proposed European Super League even more of a laughing stock. Juve was one of the driving forces behind the failed ESL but could end up finishing fifth in their own division. There’s not much super about that, is there? Improving and grabbing the silver medal is now all that matters to the players camped inside the home dressing room before kick-off.

AC Milan out of the running

For large parts of this Serie A season, it looked like a two-horse race for the league title involving Inter Milan and AC Milan. For weeks the derby rivals went head-to-head for pole position in the league, with neither team showing signs of losing their form and conceding ground to their bitter rivals. However, AC was unable to maintain the fight, and a loss of consistency saw them slip down the pecking order, leaving Inter Milan to win the league and finish the season unchallenged.

AC Milan starts this match in fourth place with their stats for the season, reading 21 wins and six draws against seven defeats. They have scored 62 goals and conceded 41 at this stage which is only one goal less than Hellas Verona, who is 10th in the league. That fragile defence is the reason AC Milan aren’t challenging. The recent form of the away team shows they have won three and lost two of their last five league starts, but each of those two has come in their previous three.

Milan followed back-to-back defeats with a welcome return to winning ways last time. They opened the month of May with a strong 2-0 home victory over Benevento last Saturday. The goals that day were scored by Calhanoglu inside the first six minutes of the match, then Hernandez on the hour mark. It was a convincing performance and closer to what AC Milan are capable of, but it did come when the pressure was off the players, and they had little to play for, which will worry supporters.

Two teams who are out of the running to win the league despite showing decent form in recent games. That will hurt Juventus more than AC Milan as the home team started the campaign as firm favourites to retain the trophy. Handing it to Inter Milan will be a tough pill to swallow, and followers hope it proves the driving force behind the club’s comeback next season when they start as challengers rather than champions.

Both clubs remain in the running for a top-four finish, and a place in the Champions League means armchair fans will be treated to a competitive 90 minutes. Neither club can afford to lose this match, or it could end up costing them a place in next season’s Champions League. This could be a tense, nervy contest.

Looking through the stats associated with this fixture, we note ten goals have been scored in the last two renewals. That is made up of a 4-2 home win for AC Milan then a 3-1 away victory for Juventus earlier this season. Will this game be another high-scoring affair?

The pre-match betting odds for this game at 22bet has Juventus priced at 1.705 to win the game. AC Milan can be backed at 4.54 for victory while the draw is 4.02. The match winner betting marker will be live throughout the game thanks to in-play betting.

In addition to that market, there are also several specials. These include first goalscorer, handicap, correct scorer, total goals, over/under 2.5 and more.

Make sure to bet on Juventus vs AC Milan with 22Bet!