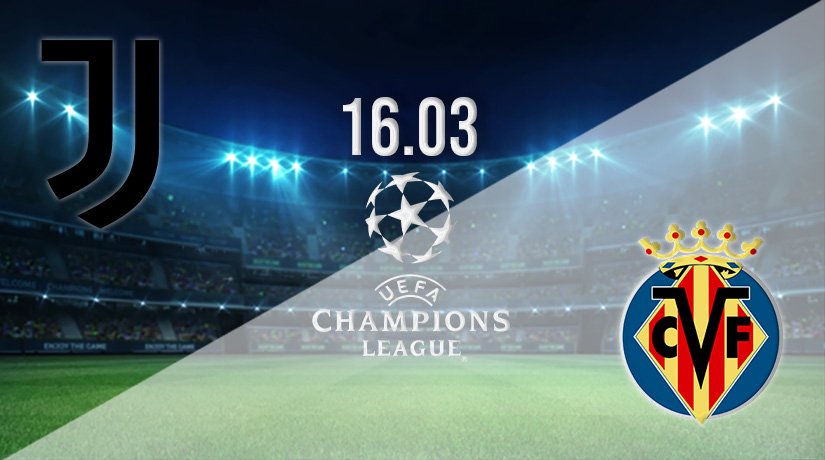 The midweek UEFA Champions League action continues on Wednesday, with followers having two exciting matches on the schedule. Both are Round of 16 second leg ties and will be shown live on television across Europe from 20:00 GMT. Chelsea head to France, where they’ll aim to protect a 2-0 aggregate lead against a Lille side who know they must defeat the English side by two goals or more to stay in the competition. The focus of this preview goes on the other match from Italy, where Juventus host Villarreal.

The Italians have failed to live up to expectations this season in Serie A but are going well in this tournament. Will they return to the head of European football? To give themselves any chance of going through to the next round and keeping that dream alive, the Old Lady must win on their patch. This game is locked at 1-1 following the first leg in Spain, and there’s all to play for as these evenly matches teams aim to end this dispute inside 90 minutes. Extra time and penalties are available if the pair can’t be separated.

Interestingly, these sides have met only once before in competitive action, and it was that first leg draw that produced two goals. Juventus raced into an early lead but were eventually pegged back by a stubborn opponent that refused to lie down and accept defeat with their fans watching on. This renewal promises to be another competitive affair, but which team will come out on top and win. Our team of football writers preview the game that has kept everyone guessing.

Juventus have been far from their best this season as the team struggle to adjust to life post-Cristiano Ronaldo. But they took control of this tie in Spain and scored the opening goal of the match inside 60 seconds to silence the home support. Dusan Vlahovic has been one of the standouts of the year for 2022, and he put his side ahead early that night. It looked for long periods of that match like Juventus would hold on and either enhance their lead or protect the advantage, but Villarreal showed they are always a threat. Daniel Parejo found the net on 66 minutes to draw the sides level.

In Italy, it’s looking increasingly unlikely that Juventus will return to the head of Serie A anytime soon. They can be found down in fourth place as the two teams from Milan and Napoli battle it out for supremacy. The aim for Juventus in what’s left of this season is to hold their ground and keep Atalanta in fifth at arm’s length, ensuring they finish fourth and qualify for next season’s Champions League. Three wins on the bounce has allowed Juve to open an eight-point cushion on the main danger, and that could be enough to see them hold on in the closing weeks of the season.

Juve prepare for this match on the back of two draws and three wins in their last five. They are now just three points behind Inter Milan in third place but seven off the pace set by AC Milan. The season isn’t over yet, but the leaders are showing no signs of slowing down while the games are running out. We last saw Juve in action on Saturday when beating Sampdoria 3-1 away from home thanks to a double from Morata.

Villarreal knew their best chance of going through in this tie and eliminating Juventus came from making their home advantage count in the first leg. They failed to do that, but the Spaniards deserve credit for sticking to the task after going behind so early in the game. That was a nightmare start for Villarreal last time, and weeks of planning were undone in less than 60 seconds. With the team rattled and the support in stunned silence, the danger was Juventus could get another and quickly run away with the match. The La Liga side didn’t allow that to happen.

They kept working, regained their composure and eventually got back into the game with a goal on 66 minutes from Parejo, and it was that strike that ensured this fixture remains in the balance. There is no away goal rule in place this season, meaning the game in Italy and the tie is there to be won. The team that wins in Italy is the team that will progress to the next round with the beaten side dumped out of the competition. There’s still all to play for here.

Villarreal can be found down in seventh place in La Liga with 45 points on the board, meaning winning this trophy could be their best way to secure a spot in next season’s Champions League. They are six points behind champions Atletico Madrid, who are currently in fourth place with the best four in the division, earning a spot in UEFA’s elite tournament next term. Villarreal have won three of their last four games and were last seen beating Celta Vigo 1-0 at home on Saturday thanks to a goal from Parejo on 64 minutes.

Juventus hold the home advantage but know this is a game they have to win if they want to go through. Ideally, they’d like to get things wrapped up in regulation time and avoid the marathon of extra time and penalties. If the locals play to the best of their abilities, they should have enough quality to sneak through.

Villareal have already shown they can’t be written off and will be a danger throughout this match. They are organised in defence and have a flair in attack, so they must be afforded maximum respect, both by Juventus and those making predictions.

22bet members can bet on Juventus to win this match at odds of 1.92, or there’s a Villarreal win at 4.16 and the draw 3.42. You’ll also find over 100 pre-match and in-play betting markets available.

Make sure to bet on Juventus v Villarreal with 22Bet!