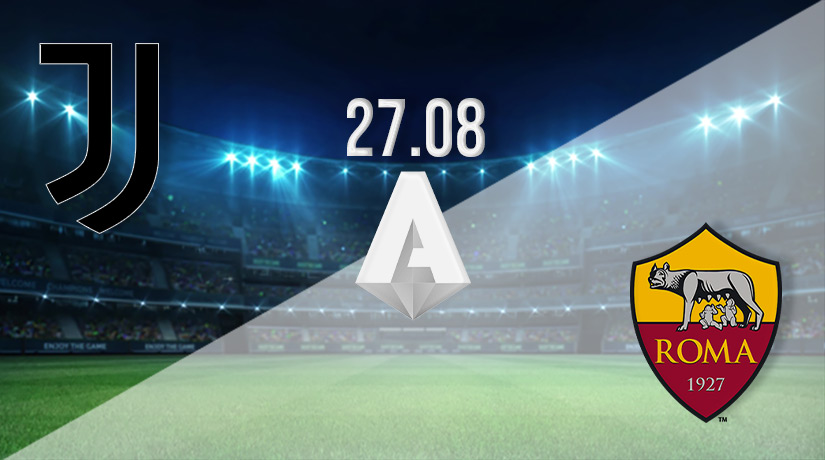 Four matches will be played in the Italian Serie A on Saturday, with the action getting underway at 17:30 when Cremonese take on Torino. Top of the bill on Saturday pairs Juventus and Roma, two sides who hope to be challenging for the title come the business end of the campaign. The league won’t be won and lost here, but this match will give us an early look at both clubs, their strengths and weaknesses. Perfect for those predicting the winner of the league.

For football fans happy to concentrate on the here and now, this promises to be an exciting match involving two clubs who believe they are good enough to claim all three points. There are some top players on show here, and armchair fans are in for a treat with this game expected to live up to expectations. But which team will come out on top, Juventus or Roma? That’s the question our team of football writers aim to provide you with an answer to.

The recent head-to-head stats show these teams met twice last season, with Juventus claiming all three points on both occasions, made even more impressive by the fact Juve endured a difficult season. They won the match at this venue by a 1-0 score before claiming victory on the road with a 4-3 victory in a memorable goal-fest. Will we see a repeat performance in this renewal, or will this be another tight game?

Juve off to a winning start

This is an important season for Juventus, but followers of the club don’t know what to expect from this side. They dominated Italian football for a decade, but their reign ended before Cristiano Ronaldo left for Old Trafford and Manchester United. The home team has finished in the top four in the last two seasons without worrying the champions. Will we see more of the same this year, or can The Old Lady get back to challenging for major honours in Italy and on the continent?

They did get off to a winning start this season when laying down a marker, taking three points on matchday one. That showed Juve mean business this year, and that solid foundation gives them a strong base to launch their challenge. If they can add another three points at home when Roma comes calling, they will be up with the early leaders with the club’s critics forced to take their title challenge seriously. This isn’t a must-win match, but it is a game the locals know they need to win if they want to challenge.

Game one of the season ended in a 3-0 victory at this venue over Sassuolo. It was a match they were expected to win, with the visitors knowing they were up against it, and although Juve got the points they were expected to, the players deserve credit for their performance and the manner of the win. Goals from Di Maria and a Vlahovic double helped seal a victory, bringing the curtain up in style, and everyone connected to the club will want to see plenty more of the same in the coming weeks.

Roma is in a similar position to the host club because we don’t know what to expect from them this season. The visitors are capable of challenging for a top-four finish this season and place in next term’s UEFA Champions League. Still, to achieve this, they must find consistency early and reel off a string of favourable results early in the campaign. Are they good enough to challenge the likes of Milan, Atalanta and Juventus for the title? That remains to be seen.

Roma started their season with a win on matchday one, with the three points ensuring they were up with the early leaders. They were on the road for their opening fixture with the club travelling to Salernitana on Sunday 14th August, departing with the points at the full-time whistle. They gave fans an early reason to cheer when bagging a narrow and hard-fought but deserved 1-0 victory with the winning goal that day scored by Cristante with 33 minutes on the clock. They had chances to put the game to bed but lacked the sharpness needed to turn chances into goals.

This will be Roma’s second outing of the week after they played Cremonese at home on Monday evening. It was a match most pundits had them picked to win, but at a time when the players remain off the pace, playing twice in a week could push them hard. The coaching staff will be eager to use their squad, ensuring the squad is as strong as possible for both matches. There’s no reason why Roma can’t be confident of winning this match, but the quick turnaround isn’t ideal.

Which team wins this match, Juventus or Roma? We will find out in good time, but there’s no doubt this will be a fascinating contest, and we hope for a share of the goals. The seven-goal thriller enjoyed when these sides last met would be a welcome return, and we expect a huge audience to follow the game live on television.

A meeting of two teams that made a winning debut this season and two clubs that will be expected to challenge for the title. Juventus holds the home advantage, which could give them an edge over their opponents, while Roma will plan to defend and frustrate the crowd before pushing to hurt the locals on the break.

What are the betting odds available at 22bet? You can back Juventus to win this match at odds of 2.235 or play the draw at 3.48. Fancy an away win with Roma causing an upset? Roma, to win this match, is trading at 3.13. Several specials markets are also available in this game, including both teams to score and total goals.

Make sure to bet on Juventus v Roma with 22Bet!