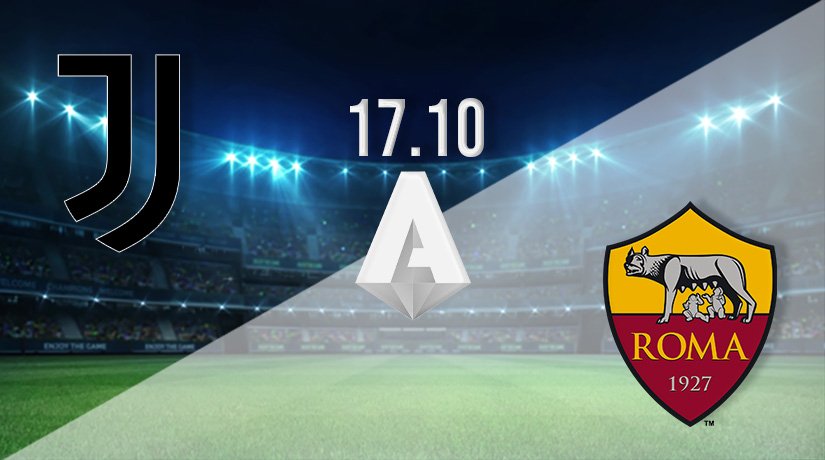 Round eight of the Serie A season begins on Saturday, but the majority of games will be played on Sunday afternoon with some of the division’s top teams in action. The league is beginning to take shape, with the best teams pulling clear to occupy the European places. Others lack the consistency needed to challenge and are stuck in mid-table. A few teams are suffering from the results of a weak start and are already fighting to distance themselves from the danger zone and relegation. In this preview, we focus on Juventus v Roma as the locals aim to battle back.

Juventus dominated Italian football for the best part of a decade but lost their grip on Serie A last season. Not only did they slip from pole position, but The Old Lady were also fortunate to finish in the top-four places and protect their Champions League spot. They have since lost star player Cristiano Ronaldo to Manchester United, but fans remain hopeful the team can return to the championship. This is a crucial season in the club’s history and one where they must make home advantage count.

These teams met twice last season in Serie A, and despite their problems elsewhere, Juventus remained unbeaten against Roma with one win and a draw. The teams played out a thrilling 2-2 draw in Roma before Juventus eased to a 2-0 win in February. Juve has scored exactly two goals in each of their last two meetings with Roma and three of their last five, which will catch the attention of followers using the stats to make predictions.

Juve have won their last three

Juventus suffered a dreadful start to the season, and there were fears the club’s glory days could be over. After winning a string of top-flight titles, the club was in danger of losing its grip. After seeing the Italian trophy move to Milan last season, have Juventus lost their way or are the other teams finally making up the ground and in a position to challenge? Only time will tell, but this great Juve team will be judged not on losing one title but on how they respond to that. If they can fire back and return to the head of the game, it will be as important as all the nine trophies that went before it.

The home team enter this match with their stats for the season showing three wins and two draws against two defeats, and they went four games without victory, taking just two of the first dozen points that were available to them. This happened while the likes of Napoli, AC Milan and Inter Milan raced clear. Juventus finally got off the mark at the fifth time of asking, picking up their first win of the campaign. Having rediscovered that winning feeling, they made a habit of it and enter this match on the back of a hattrick, having won each of their last three league outings. They are also unbeaten in four which is quite a fightback.

That purple patch began with an important 1-1 home draw with AC Milan before edging Spezia 3-2 on the road. Snatching their first win of the season gave the players belief, and they followed it with a 3-2 over Sampdoria, 1-0 against Champions League winners Chelsea and 1-0 away to Torino. Almost as important as those wins were the back to back clean sheets from a defence that had been leaking goals previously.

Roma battle in the top four

Can Roma take advantage of a more competitive league and a weaker Juventus to challenge for the trophy? Fans certainly hope so, and there’s no reason they can’t push the Milan clubs and Juventus hard this term. A win away to Juve would certainly help them achieve that and send out a message to the rest of the competition that they are serious contenders and good enough to mix it for the major places. A top-four finish in the league and a spot in the Champions League is the least supporters want to see.

Roma enter this game placed fourth in the league with their stats for the season, reading five wins against two defeats with the 15 points gained, leaving them six points off the pace set by leaders Napoli. They have scored 16 goals and conceded eight but are struggling for consistency, which could see them struggle to challenge for the major places. Their last five league games reads win-lose-win-lose-win. They did claim victory last time and travel with confidence in the ranks.

Two victories in three is great for team morale, but they lost the spare when losing 3-2 away to Lazio. That was a tough one to take, but Roma did get back on track with a 2-0 home win over Empoli before the international break. The goals that day were scored by Pellegrini just before the interval, with ex-Man Utd star Mkhitaryan making sure of the points with a second goal scored on 48 minutes. They controlled the game and probably should have scored a few more goals, having created 18 chances and put seven on target.

Both teams have the ability and class to win this match but know the dangers that come with defeat. That may lead to this being a cagey, nervy affair. Juventus holds the home advantage and boasts the better recent form of the two clubs. Their defence is improving, and that has seen them score big wins in Serie A and Champions League. If they continue to defend well, they have every chance of winning.

Roma is no mere opponent here, and if Juve isn’t on their game, the points could be leaving at full time. The visitors are yet to draw a match, but they may see a share of the spoils as a decent result. Given their slow start, Juventus may see a point as an OK return from this match too.

Make sure to bet on Juventus v Roma with 22Bet!