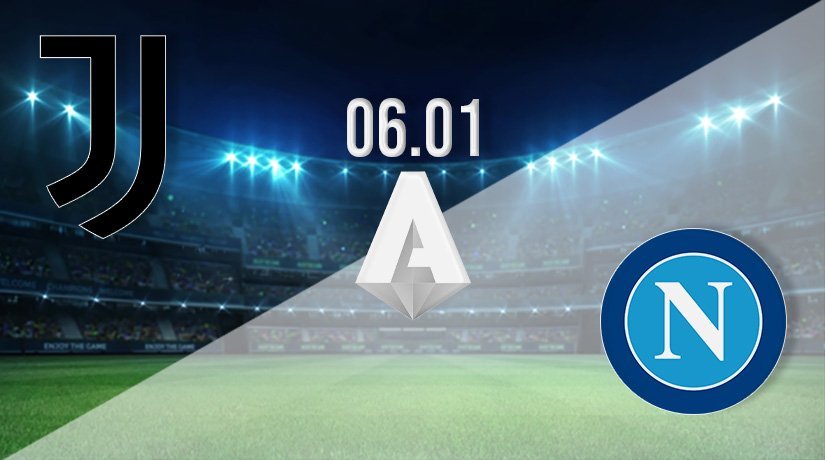 Much of this midweek’s European football action involves the latest round of cup matches from competitions like the EFL Cup in England and the Copa del Rey in Spain. It’s a welcome distraction for the teams involved following the hectic league schedule endured during the festive period but it’s not ideal for those looking to make predictions as there is little solid form to go on. Thankfully, one of Europe’s biggest leagues does have a round of games with the Italian Serie A coming to the rescue.

Thursday’s Italian football fixture list brings us 10 matches including a top of the bill tussle involving Juventus and Napoli. These rivals go head to head from 19:45 GMT in a match that will be shown live on television across the world and is sure to attract a huge audience. Juventus are eager to make their home advantage count and grab a much needed three points while Napoli needs the win to keep their hopes of challenging for the title alive.

Being amongst the best teams in Italian football, it’s no surprise to learn there is plenty from the stats sheet fans can work off here. Juventus boast the lion’s share of head to head victories on 32 with Napoli bagging just 13 wins and 13 games ending in a draw. Interestingly, each of the last two meetings has ended in a 2-1 win for the team that was playing at home. Will that trend continue? Followers of the Old Lady certainly hope so.

Juve are climbing the table

Juventus entered the week sitting fifth in the Serie A following a difficult start to the campaign. They lost Cristiano Ronaldo to Manchester United in the summer and the team CR7 left behind appears to be much weaker than the one that dominated Italian football for the best part of a decade. There may be plenty of games still to be played in this campaign but it is already obvious that Juve won’t be one of the teams disputing the title this season and a top four finish looks the best available to them, securing their involvement in next term’s UEFA Champions League.

The locals set-up with season stats of 10 wins and four draws against five defeats, scoring 27 goals and conceding 17. The 34 points collected means they are four points behind Atalanta in fourth place and already a dozen points off a ferocious pace set by current league leaders Inter Milan who sit just ahead of derby rivals AC Milan. Despite their position – much lower than fans expected – Juventus do enjoy a decent run of form and are unbeaten in their last five, winning four and drawing the spare. They also go in search of a hat-trick after winning each of their last two.

Those two wins came in the form of 2-0 away win over Bologna and a 2-0 at this venue last time out when Cagliari came to town. In their most recent outing, Kean scored to give his employers the lead just before half time but fans had to wait until the 83rd minute for the game to be put to bed, Bernardeschi sealing all three points when ending his goal drought with 83 minutes on the clock. It was a strong performance but, perhaps, the scoreline flattered Juventus just a little.

Napoli hit the ground running this season, racing to the head of the division and gathering points. They looked good value to contest the title and enjoyed a comfortable cushion over the chasing pack, but the visitors were unable to maintain their fine form. They have since dropped down the pecking order and are finding wins and positives hard to come by. It now looks like they may have missed their chance to challenge the leaders and could leave the two clubs from Milan to battle it out. An away win over Juventus would offer encouragement and help get the season back on track.

Napoli is currently third in the league behind Inter Milan and AC Milan. They have a dozen wins and three draws against four defeats with 35 goals scored and 14 conceded. When taking a closer look at those numbers, we note Napoli has the same number of defeats as AC Milan in second place but have drawn more matches, and it’s that lack of killer instinct that has hampered their progress. Napoli needs a return to form and could find themselves on the lookout for a new striker this winter.

The visitors make this trip on the back of an unconvincing run, and they have managed just one win in their last five. Their form in that five-game period shows three defeats, a draw and that one loss. Confidence is low in the camp, but it’s nothing an away win over a Juventus side that is as weak as they have been in years. We last saw Napoli in action on Wednesday 22 December when suffering a shock 1-0 home defeat to Spezia, a match they were expected to win with a bit to spare. A Nunes Jesus own goal on 37 minutes settled that game, and although Napoli had chances to get level, their misfiring attack was again to blame for points dropped.

This is a fascinating match involving two teams in desperate need of the win. Juventus hold the home advantage and will be eager to grab all three points to add strength to their push for a top-four finish. Another defeat on their patch would be disastrous for the locals, but they enter with the confidence that comes from a recent unbeaten record, and there’s no reason why they can’t go and secure a solid three points to get 2022 off to a flyer.

Napoli has been performing well below the levels expected of them in recent weeks, and every one of the players will know that. This trip to Juventus comes at the wrong time as they scramble to steady the ship, but if Napoli can defend as well as they have been – conceding just two goals in their last three league matches, they will prove a threat.

22bet members can gamble on this game, and they will find odds of 1.875 available for Juventus to claim the victory. Napoli trade at 4.08, or there’s 3.62 for the draw.

Make sure to bet on Juventus v Napoli with 22Bet!