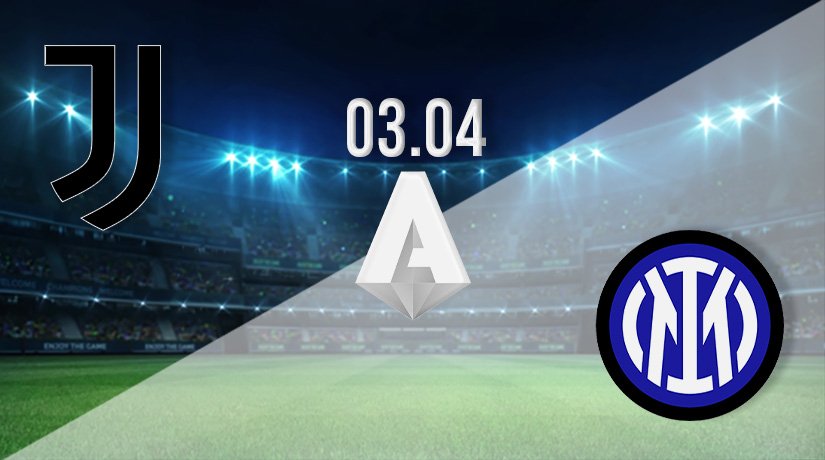 Five games will be played in the Italian Serie A on Sunday from 11:30, meaning there’s plenty for followers to get excited about. The top league in Italy is nearing a stunning finish with teams battling for the title while others are aiming to put together the kind of strong finish needed to drive into the European places. At the opposite end of the ladder, we find seven teams trying to avoid the bottom three relegation spots. Every game played this weekend has a story, but in this preview, we focus on the main attraction, Juventus vs Inter Milan, from 19:45 GMT.

This is just one match, but the outcome of this one could have a huge bearing on which team wins the league and which grabs a top-four finish and spot in next season’s Champions League. Heading into the week, we find both Juventus and Inter Milan competing for the prizes, with Juve sitting confidently in fourth spot and Inter Milan one place and one point better off.  A home win would see Juventus pass their opponents in the list, while an away win could throw Inter back into the running for the title, ramping up the pressure on AC Milan and Napoli above them in the table.

This match will be the third time these teams have met this season after clashing in Serie A and the Italian Super Cup. The first match was in the league and ended in a 1-1 draw that was frustrating for both teams. The second was a cup decider that ended in a narrow 2-1 win for Inter, with a goal scored deep into extra-time finally deciding the winner. Both teams have found the net at least once in each of the last three meetings, and neutrals hope this renewal follows that pattern.

Juve have won their last four

Juventus enter this home game on the back of a strong unbeaten run that has helped get their season back on track. After dominating Italian football for a decade, the Old Lady lost their stranglehold on the competition last season. Neutrals were interested to see how Juve would react to that. With Cristiano Ronaldo departing for Manchester United and returning to the English Premier League, the signs weren’t great. Juve started slowly, but, much to the relief of fans, they picked up and results improved during winter and early spring. They now find themselves in a strong position.

The hosts are fourth in the league with stats of 17 wins and eight draws against five defeats, scoring 47 goals and conceding 26, giving them one of the best defences in the league. Four wins in their last four games has moved them on to 59 points which is seven fewer than leaders AC Milan. Yes, Juventus have a mountain to climb if they are to challenge for the league title this season, but if they take three points from this match, there’s no reason why fans shouldn’t be allowed to dream big. They are on a winning run but must continue it if they want to pressure AC Milan and Napoli.

Juve made it four wins on the spin courtesy of a 2-0 victory at this venue over Salernitana. That was a fixture they were expected to take three points from and a team they were expected to beat with ease, but the players deserve every credit for getting the job done. Dybala opened the scoring inside the first five minutes of the game, and the free-scoring Vlahovic made it two on 29 minutes to wrap up the points. That was a show of strength from Juventus in the opening 30 minutes before they changed tactics and secured the win.

Inter Milan prepare for this match unbeaten in their last four league starts, but that stat isn’t nearly as impressive as their opponent’s recent form. The visitors have won only one game from their last four, drawing the other three, including each of their last two. Six points from the last 15 available to them suggest Inter Milan may be about to choke at the business end of the season, ruining the hard work that got them into such a great position. They are an experienced outfit and look to lack the character needed to win the league this season.

Milan’s last league win came over Salernitana early last month when scoring a stunning 5-0 home victory as the players flexed their muscles. Dzeko scored a double that day, but his efforts were overshadowed by Martinez, who fired home a delightful hattrick. It was an impressive showing from Inter, and if they could play like that in every game between now and the end of the season, then they’ll have a strong chance of winning the league. Sadly for fans of Milan, the level of opponent is much greater here.

Inter beat Liverpool 1-0 in the Champions League but were eliminated 2-1 on aggregate. They then fought out a pair of 1-1 draws against Torino away from home and Fiorentina at home. In the Torino match, they needed a 93rd-minute leveller from Sanchez and also fell behind in the Fiorentina game before making a quickfire reply. Milan will be eager not to concede the first goal again in this game.

This is a crucial game that could decide if either of these teams have any chance of saving their season and challenging for the title. Both are comfortably inside the top four, with Champions League football all but secured for next season, but they can’t afford to let their guard down and come out swinging here.

This is expected to be a tense affair with neither side willing to take any risks. That’s where the defence of Juventus could make the difference, and they’ll be looking to keep things tight at the back then hurt their opponents on the counter.

Make sure to bet on Juventus v Inter Milan with 22Bet!