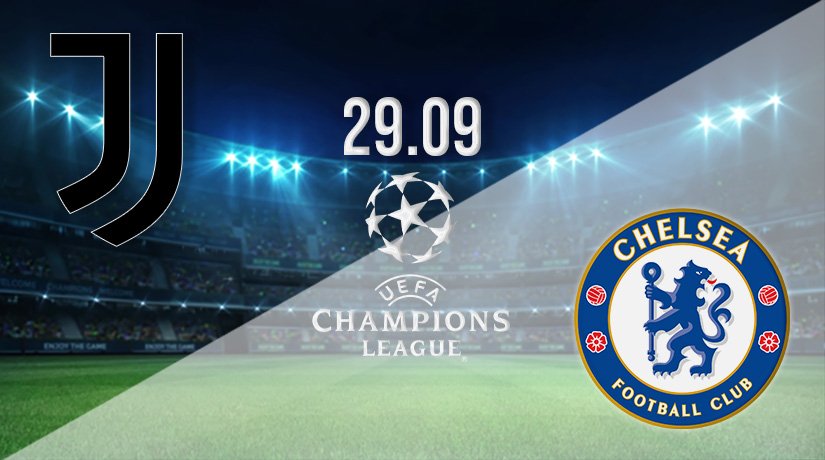 The remaining eight matches from round two of the Champions League group stages will be played on Wednesday, and there are some mouth-watering fixtures on the schedule. Each match will be shown live on television to a global audience ensuring armchair fans have plenty to look forward to. The standout games will be played in Italy, where Serie A side and former champions of Europe Juventus take on the current kings of the continent in Chelsea. This promises to be a thriller from Group H.

The Old Lady and the Blues are expected to come through this group unscathed, reaching the knockout rounds of the competition without too much fuss. The only question in the eyes of most football fans and pundits is which team will finish top and which will progress as runners up. With both Juventus and Chelsea expecting to claim pole position, we have an exciting end to 2021 ahead. The winner of this match will land three points while sending out a warning shot to the rest of the competition.

The history books show us that Juventus and Chelsea have met four times previously, and the stats couldn’t be any closer with the sides on one win each and the other two games ending in a draw. The most recent clash came in November 2012 when Juventus eased to a 3-0 victory at the Delle Alpi following a 2-2 draw from Stamford Bridge. Interestingly, two of the last three games involving these teams have ended with a 2-2 score and neutrals wouldn’t mind seeing something similar again here.

Juventus lost their grip on Italian football last season with Milan winning the title, and the former rulers were rather fortunate to end in the top four and secure their spot in this season’s Champions League. It was a dismal campaign, and fans will be interested to see how the Old Lady bounces back. Will they blast their way to the top of Serie A and into the latter stages of the Champions League. Winning both competitions would certainly serve as a decent response, but things haven’t started too well for them domestically.

There has been more to cheer for fans in the Champions League with Juventus top of Group H, showing one win from one start. They opened their account away to Malmo, a team that came through the qualifying rounds and caused a bit of an upset by making it this far. Malmo eliminated Glasgow Rangers over two legs in the summer but are viewed by many as the weak link of this pool, and most pundits have them picked to end down in fourth place. Juventus took full advantage, winning 3-0 on matchday one to surge into an early lead.

In Serie A, Juve is down in 10th place following a disastrous start to the season. Their stats so far show two wins, two draws and a couple of defeats, scoring ten goals but conceding the same number. They failed to win any of their opening four league games, taking two of the first dozen points available but have won each of their last two. Are they finally finding their feet and ready to climb the table? Only time will tell.

Chelsea were crowned champions of Europe last season when upsetting the odds to defeat Manchester City 1-0 in the final. It was a stunning show from the Blues who scored the goal and then defended the lead, standing with their backs to the wall but dealing with everything Man City threw at them that night. That success may have come as a major shock to most football fans, but the club is desperate to build on it this season. They have plans of challenging for the Premier League title in England and defending their Champions League trophy. To have the best chance of achieving the latter, they must come through this group as winners of the pool before entering knockout football in 2022.

Chelsea got off to a winning start in Group H when beating Russian Premier League side Zenit St Petersburg 1-0 on matchday one. That was a narrow but important victory as dropping points at the earliest opportunity would have seen them concede ground to Juve and piled the pressure on ahead of this game trip to Italy. They now arrive with confidence, knowing they are neck and neck with their hosts, and a draw would be a result that suited them more than the Italians.

Chelsea is third in the Premier League behind Liverpool and Man City, with their stats showing four wins and one draw against a defeat. The spare loss on their card came at the weekend when going down at home to Manchester City with Pep Guardiola’s men gaining revenge for that 1-0 loss in the Champions League with a 1-0 win in London. It was a tight match, but one the Blues took nothing from, and they will be eager to get back to winning ways as quickly as possible. Victory over Juventus on their patch would help boost team morale ahead of an important autumn.

Juventus have endured more than their fair share of troubles recently but know if they can make home advantage count in this game and claim three points, they’d take a huge step towards winning this group, even at such an early stage. A home win would put Juve in a commanding position, three points clear of their main rivals, but it would also do wonders for squad confidence when they need it most.

Chelsea enjoyed a winning start but know improvement is needed after a narrow 1-0 over Zenit and that weekend defeat at home to Man City. Taking a point or more from this game would put them in the driving seat for qualification as group winners, and Chelsea are good enough to achieve that.

Make sure to bet on Juventus v Chelsea with 22Bet!