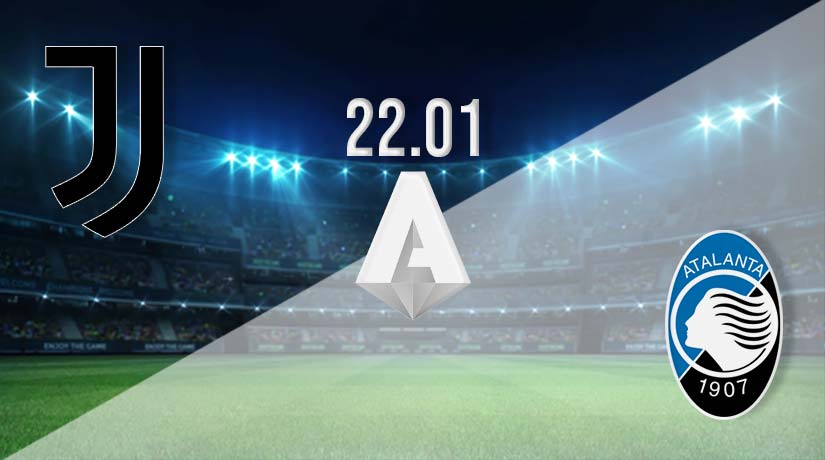 We’re off to Italy for another exciting weekend of action from Serie A as the in-form Napoli threaten to run away with the league title after beating nearest rivals Juventus in style last weekend. The Old Lady was left battered and bruised by that encounter in Naples, but the squad and coaching staff are experienced enough to know that it was just one game and three points. Nothing has been decided yet, and with plenty of games on the schedule, it’s too early to reach for the panic button if you’re a Juve fan. But one thing’s for sure if you follow the country’s most successful team – much better is required.

Weather permitting, four games will be played in the Serie A on Sunday. The action gets underway at 11:30 GMT when Sampdoria hosts Udinese. That should be an entertaining 90 minutes of play, but we keep our powder dry until the main event when two heavyweights of Italian football go head-to-head. Juventus play Atalanta from 19:45 in a match you can follow on television or through the best live streaming apps. Drama and excitement are guaranteed in a game that should bring your Sunday sports viewing to a close. But which team will win and strengthen their claims for a top-four finish?

We hope to help our readers answer this question as we preview Juventus v Atalanta. Our football writers analyze the match, focusing on the recent form and results of both teams involved and anything worth taking from the head-to-head stats. This will be the first time these teams have met this season, so there’s not a lot for lovers of the stats to get wrapped up in when making predictions. Juve was winless in their two games against Atalanta last season, losing 1-0 at home and 1-1 on the road. There has been no more than one goal between the pair in six games, a run stretching back to November 2019.

Juventus started the weekend sitting third in Serie A after their winning streak came to a crashing halt against Napoli last weekend. It was a bitter pill to swallow for all connected to Italy’s most decorated football team, knowing failure to beat the league leaders put a dent in their chances of winning back the title. Napoli is in pole position on merit, and there’s no debating they are the team to beat, but the visit to Naples appeared to come at the right time for Juventus, certain in terms of form. Despite being high on confidence, Juve was crushed.

They left Napoli, having been taught a harsh lesson by their opponents. That match finished 5-0 for the leaders in what was a show of strength from Napoli, proving just how far Juventus have to come to get back to their best. Fans had allowed themselves to be impressed by the players and their winning streak, but was that little more than a false dawn? They were brushed aside by Napoli, and it’ll be interesting to see how they respond to such an embarrassing loss on the big stage. Losing five goals to any opponent from any league isn’t on if you’re a Juve player.

Will Juventus carry the disappointment of last week into this game, or will they put it to one side, dust themselves off and come again? They are good enough to make a timely return to winning ways and help get their season back on track by claiming all three points at home, but it’s difficult to know what kind of mood the hosts will be in after they were savaged. Such a beating has the potential to have a lasting effect on the players, their self-belief, and their trust in the manager. Wounds must heal, but time is against them.

Could Atalanta pile the pressure on Juventus by winning on the road? It’s possible, and the visitors arrive in Turin on the back of an improved run of form that has seen them follow a draw with back-to-back wins, taking seven points from the last nine available to them. That return is at least as good as any of the teams above them in the pecking order, with only Inter Milan matching them for points gained in that three-game period. Atalanta fans will believe their side can win.

They are currently down in sixth place in the league, which is surprising to football fans and disappointing to those who remain loyal to the cause. We have become accustomed to seeing Atalanta fighting for a top-four finish, holding their own against the best teams in the country, and contesting one of the four valuable Champions League places. They can still make it to the top four and UEFA’s elite tournament, but they must keep winning and putting points on the board. The race for the top four is as competitive as ever.

We last watched Atalanta in league action on Sunday of last week when scoring one of the biggest wins you’re likely to see from them. They were the pre-game favourites, with many respected pundits to win the match, and had no problems living up to the hype created, claiming the points far more comfortably than many fans expected. Their home win over Salernitana produced no fewer than ten goals in what was a stunning display of attacking football from Atalanta, who won 8-2 on a day it could’ve been more.

This mouth-watering tie could help decide if either of these teams finishes in the prize places. Juve is the home team and should win the points if they are at their peak, but how much did that thrashing at the hands of the league leaders damage confidence? We’ll only find out when the whistle sounds to start this match.

Make sure to bet on Juventus v Atalanta with 22Bet!