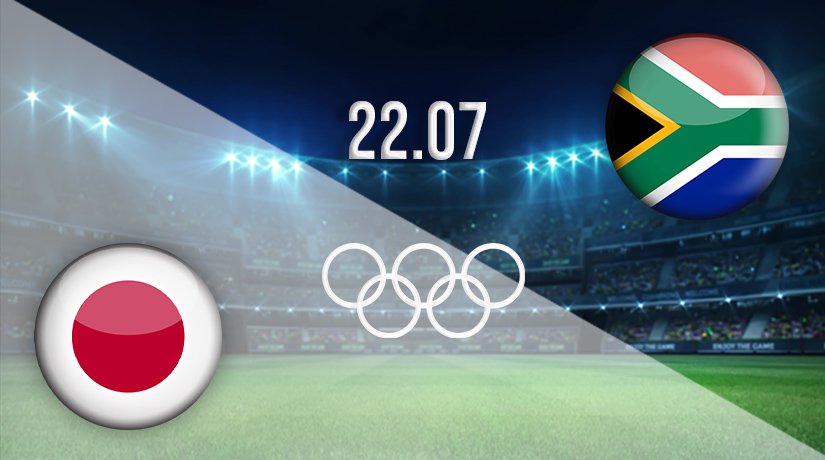 The opening night of games in Tokyo will be rounded off with the hosts playing their first game in the football competition. Japan will have home advantage for as long as they are in the competition, but there is a sense that they must pick up maximum points in the opening game against South Africa.

Japan will face a challenge if they are to make it through to the next round of the Olympics, as they have been drawn in the same group as reigning world champions France, and Mexico. The latter have achieved notable successes in the football competition at the Olympics throughout their history. Japan will have the added advantage of having home field advantage, but there will be no crowd in attendance, which will be the case throughout the games due to rising COVID-19 cases. Japan have played limited games over the past 12 months, with their most recent result coming in a 5-1 victory over Kyrgyzstan. Real Madrid’s Takefusa Kubo is the biggest name included in the squad, while former Southampton defender Maya Yoshida will add the much-needed experience.

South Africa will be looking at this game as a must-win fixture too, with much more difficult fixtures against France and Mexico to come. They have been in excellent form recently, as they have gone five games without defeat since the start of June. During this period, they have beaten Lesotho and Mozambique, and have also won the COSAFA Cup after beating Senegal on penalties in the final. The vast majority of the squad for the Olympics play their football in their home nation. Luther Singh and Lyle Foster will likely be the players called on to score the goals for the nation this summer.

Japan and South Africa have met on just one previous occasion in an international fixture. That meeting came back in November 2009, as the nations played out a dull 0-0 draw in South Africa. However, this game should be a more entertaining one.

Both sides will be looking at this game as a must-win fixture to open Group A. However, we find it difficult to see past the hosts winning their opener. They have a good chance of having a deep run in the competition this summer, as they have a good mix of youthful quality and experience.

Want to know more about the betting odds for the game? Check out the BTTS, Handicap, Teams to Win and other markets and bet on Japan vs South Africa on 22Bet!