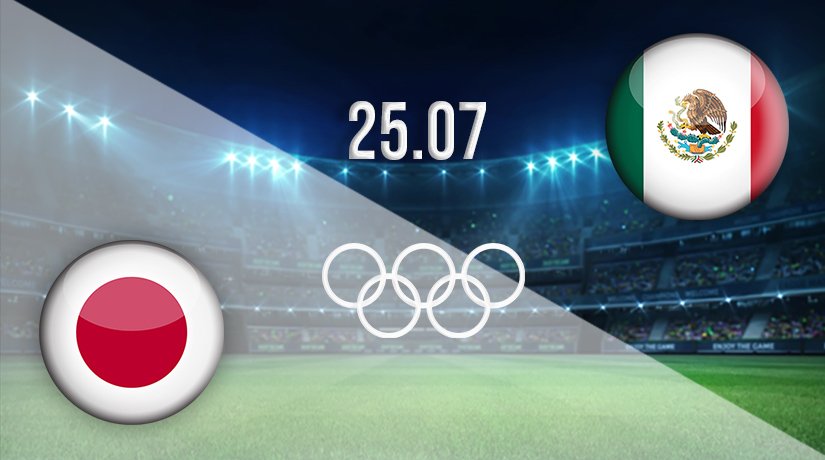 Japan and Mexico couldn’t have got off to a better start in their hunt for gold in the men’s Olympic football tournament. However, only one of the nations will be able to maintain their 100% record this weekend, but will it be the hosts or the in-form Mexicans?

Countries from Latin America have dominated the Olympic football tournament since the turn of the century, with Argentina having won two golds, and Mexico and Brazil having won one gold apiece. Mexico won the gold medal at the 2012 Games, and they look good value to challenge for the top honour again this summer. They started the tournament in Tokyo in the best possible way, as they hammered France 4-1 in their opening game. That victory means that they are the current leaders in Group A. Mexico should have gone ahead in the opening half against the French, but Diego Lainez saw his effort cleared off the line. However, they didn’t need to wait long to break the deadlock in the second half, as Alexis Vega and Sebastian Cordova put Mexico into a 2-0 lead. France did pull once back, but Mexico scored two further goals, with Uriel Antuna and Eduardo Aguirre scoring the last two goals.

Japan will be hopeful of challenging for medals in all sports this summer, and their football campaign couldn’t have gotten off to a better start. Japan claimed a victory in the opening round of fixtures against South Africa, with Real Madrid’s Takefusa Kubo scoring the winning goal in the second half of the fixture. They were the better side throughout the contest, and were unfortunate not to have gone ahead earlier than they did. However, this will be their first big test of the Olympics so far, but they look more than ready based on their opening round performance.

Japan vs Mexico Head to Head

Mexico come into this second round of fixtures against Japan with an excellent record against their opponents. Mexico have won five of the previous six games against Japan, which includes the win that they achieved over the hosts in an international fixture last winter. Japan’s only victory over Mexico came in May 1996 in the Kirin Japan Cup.

Japan got off to the best possible start, but their momentum could hit a wall this weekend, as they come up against a talented Mexican side. The preference is for Mexico to make it six points from six.

Want to know more about the betting odds for the game? Check out the BTTS, Handicap, Teams to Win and other markets and bet on Japan vs Mexico on 22Bet!