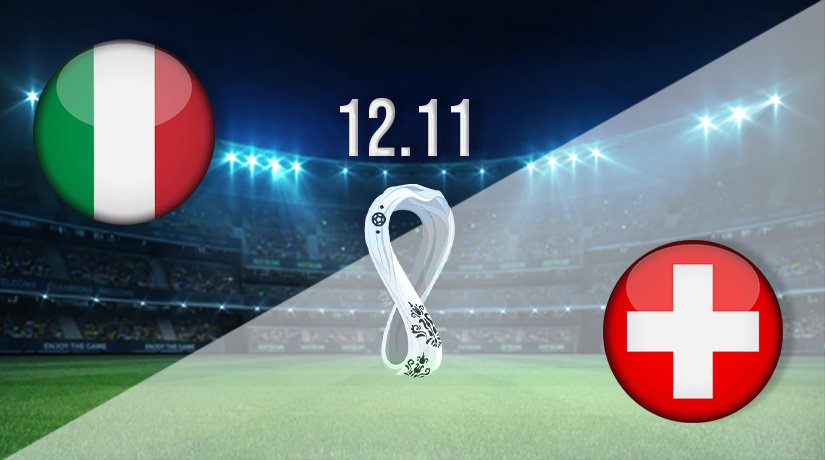 There is a big game in Group C on Friday evening, as the reigning European champions can assure their spot at the top of the group with a win against Switzerland. However, the visitors will also have the same target within their sights.

Italy’s job of reaching the World Cup in Qatar is still far from over, as they remain in a battle against Switzerland to finish top of Group C. Only the team at the top of the standings will make it through to Qatar, as the second-spot will only be enough for a playoff tie.

Italy have picked up 14 points from the six games that they have played in Group C, and are yet to lose a game. However, their long unbeaten run did come to an end in the Nations League in the most recent international break, as they were beaten by Spain at the semi-final stage. They did at least bounce back with a win against Belgium in the 3rd place match, with Nicolo Barella and Domenico Berardi scoring the goals in the 2-1 success.

The pressure will be on Italy for this Friday showdown, as Switzerland would have believed that second spot was their most likely target when the group was drawn. However, like Italy, they have been unbeaten throughout Group C, and have conceded just one goal in the six games that they have played.

The Swiss enjoyed a fine international break in October, as they recorded wins against Northern Ireland and Lithuania. They scored six goals across those two games, and didn’t concede a goal. Their win over Lithuania was their most recent victory, as Breel Embolo scored twice in a 4-0 success. Renato Steffen and Mario Gavranovic also scored in the victory.

Italy vs Switzerland Head to Head

Switzerland have only matched seven wins in their history against Italy. Their most recent victory was in a World Cup qualifier in 1993. Since then, Italy are unbeaten in their last ten. However, four of the last five matches between the nations have ended in draws.
BET ON ITALY VS SWITZERLAND WITH $100 BONUS

Italy will be keen to put any doubts about their place at the top of the group to bed with a win in this fixture. Switzerland will likely set up for a draw, but it’s hard to see the Italians not claiming a narrow victory. The preference is for a 1-0 win for the hosts.

Make sure to bet on Italy vs Switzerland with 22Bet!