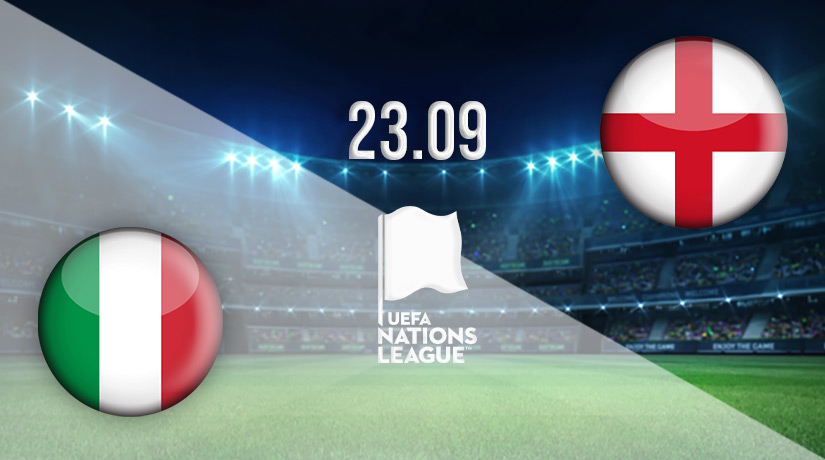 Two sides that will be looking to avoid relegation in the Nations League will clash on Friday evening. It has been a miserable campaign for England, but they will be looking to build momentum ahead of the start of the World Cup in just under two months against the side that beat them in the final of the European Championships last summer.

England has failed to win in four previous fixtures in the Nations League this term, and have picked up just two points from the matches that they have played. They have scored just a single goal, and have allowed six against, which is the second worst record in the group fixtures,

The Three Lions were handed one of their biggest ever home defeats in the previous round of Nations League fixtures, as England were hammered 4-0 by Hungary.

Italy have at least picked up a victory in the four games that they have played in the Nations League so far this term. However, they still sit on just five points, after being held to draws on two occasions and losing once.

Their only defeat in the Group 3 fixtures came in their previous outing, as they were well-beaten on the road against Germany. The home side were comprehensive 5-2 winners in that fixture, with the only goals for Italy being scored as they were already 5-0 down. Wilfried Gnonto scored the first consolation, before Alessandro Bastoni scored a second goal in the 94th minute.

Italy vs England Head to Head

The signs don’t look good for England coming into this fixture, as they have a poor record against Italy, and haven’t won away from home against the Italians since 1997. Therefore, Italy looks the sound pick to pick up the victory.

Make sure to bet on Italy vs England with 22Bet!