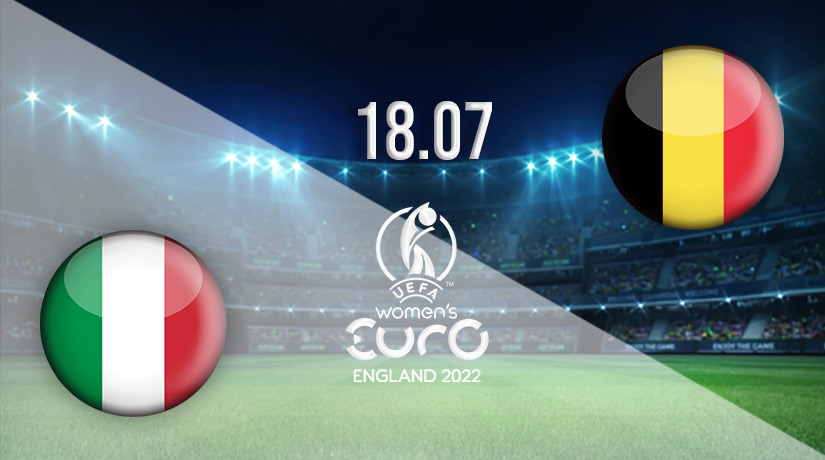 The final round of group stage fixtures at the women’s European Championships this summer conclude on Monday evening, as Group D comes to a close. Everything is still to play for, as Italy, Belgium and Iceland can still finish in second place and qualify for the knockout round.

A huge showdown is set for the final game in Group D, as Italy and Belgium clash at the Academy Stadium in Manchester. Realistically, both sides could qualify for the knockout round with a victory on Monday, as Iceland face the daunting task against France, who have already won the group and ensured their place in the next round of the competition.

Italy are currently bottom of the standings in Group D, as they have picked up just a single point at the EUROs this summer. After a 5-1 defeat against France on matchday one, they needed a response in their second game. It wasn’t exactly the result that they were looking for, as they could only draw 1-1 against Iceland. They fell behind early in that game, but eventually levelled the scores with half an hour remaining. However, they couldn’t find a second goal to take maximum points and put themselves in the driving seat.

Belgium are in a slightly better position than Italy coming into this final group game, as they have a superior goal difference. That means that a draw may be enough for them as long as France beat Iceland by at least two goals.

Belgium also have only one point on the board at this stage, with that point being picked up in their first fixture against Iceland. However, they produced an excellent display against France on matchday two, as they only lost 2-1 against one of the favourites for the competition this summer.

Italy vs Belgium Head to Head

Belgium and Italy have met on three previous occasions. Belgium has the better overall record, as they have won on two occasions. Meanwhile, Italy’s only win in this fixture came in the form of a 2-1 success in April 2018. The last meeting between the sides was played in September 2018, with Belgium running out 2-1 winners.

This fixture could easily go either way, as both sides will fancy their chances of getting the win. However, the slight preference is for Belgium, who have produced two strong performances at the EUROs this summer, and appear to have better quality across the field.

Make sure to bet on Italy vs Belgium with 22Bet!