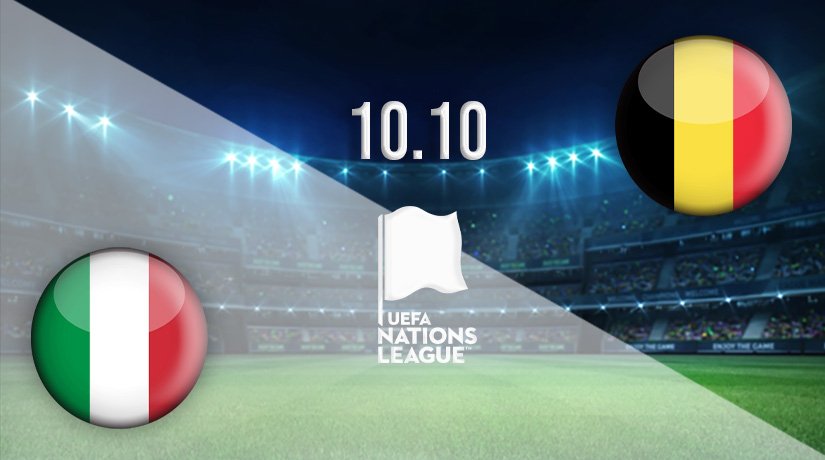 There will be a thrilling match in prospect for third place in the Nations League at the Juventus Stadium. As there will be a repeat of the quarterfinal clash from the EUROs, as Italy take on Belgium.

There will certainly be disappointment in both the Italian and Belgian camps coming into this fixture on Sunday afternoon in Turin, as both would have been hopeful of reaching the Nations League final.

Italy were the clear favourites to reach the final in their fixture against Spain, but they were beaten 2-1 at the San Siro. Spain scored twice in the first half of that fixture through Ferran Torres, with the second on the stroke of half time being the killer blow.

It was a red card to Leonard Bonucci that certainly turned the tide in the Spaniards favour, as the sending off disrupted the Italians tactics at the end of the first half. Lorenzo Pellegrini did manage to pull a goal back with seven minutes remaining, but the Italians couldn’t find the second goal in the final ten minutes. The defeat brings an end to the Italians unbeaten run, which stretched back to nearly three years ago.

While the Italians could have blamed poor officiating, Belgium only had themselves to blame in their semi-final defeat. They were cruising at the half way stage in the match, leading the world champions France 2-0 at the break. Yannick Carrasco and Romelu Lukaku scored in the opening 40 minutes to give Belgium a clear advantage.

However, they allowed the world champions back into the game, and found themselves back on level terms 25 minutes into the second half after goals from Karim Benzema and Kylian Mbappe. France went on to win the game in the final seconds, as Theo Hernandez scored a 90th minute winner.

Italy vs Belgium Head to Head

Italy have an excellent record against Belgium, as they have won 15 of the previous 23 meetings between the nations. They have also won each of the last two against Belgium, scoring twice in both fixtures. Belgium’s last win against Italy was in an international friendly in 2015.

This is a match that neither of the nations would have wanted to be in. Changes are likely to be made by both manager for the match for third, but the Italians have the stronger depth and should get the win.

Make sure to bet on Italy vs Belgium with 22Bet!