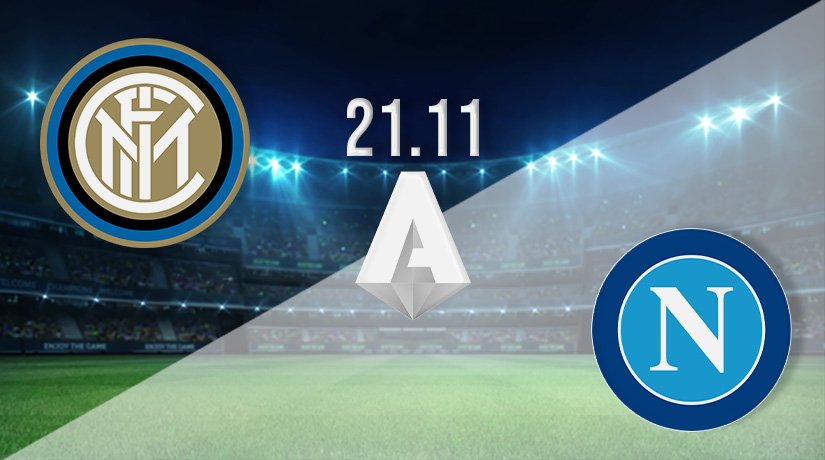 Third-placed Inter Milan welcome league leaders Napoli to the San Siro on Sunday at18:00 GMT as the title race heats up in Serie A.

Inter avoided a loss against their rivals AC Milan in their match before the international break but will need a positive result to either maintain or cut the gap between them and the unbeaten side led by Luciano Spalleti.

On their part, Napoli feel the pressure from AC Milan, who are unbeaten as well this season, as they seek to maintain their early momentum in the fight for the Scudetto.

The last time Inter came up against this season’s other pacesetters – their city rivals AC Milan – they could only manage a 1-1 draw, leaving the Rossoneri with their unbeaten record intact.

The reigning champions face the other table-toppers – Napoli – at the San Siro, which will examine their title-defending credentials.

Can Napoli Lay Down a Marker of Their Title Credentials Against the Champions?

The quest for Napoli to win the Scudetto since the 1989-90 season continues into its latest iteration. It has started so well this season.

On Sunday, Spalleti’s side visit the current Champions Inter Milan as they seek to take away their title this season.

At the top of the table and unbeaten this season, Napoli are in a purple patch and well-positioned to dent Inter Milan’s hopes of retaining the championship.

The Nerazzurri have won 5, drawn 4 and lost 1 in their last 10 outings in Serie A. Inzaghi’s charges have collected 19 points out of a total of 30 available to them. This is considerably less than the 26 points accumulated by Napoli and AC Milan during the same run.

In the last 5 outings, Inter have won 2, drawn 2, and lost 1. This run of form will have to be improved if the Nerazzurri are to put the defense of their title back on track.

The Partenopei have been in scintillating form, winning 8 and drawing 2 in their last 10 outings, collecting 26 points out of a possible 30. Luciano Spalleti’s side top the Serie A table heading into the 13th round of fixtures, underscoring their superiority this season.

Simone Inzaghi will be without attacking midfielder Christian Eriksen (heart condition) and goalkeeper Gabriel Brazao (ruptured crucial ligament); these are long-term absentees for the Nerazzurri.

Significantly, center back Alessandro Bastoni is likely to be out of this crucial clash with muscle fatigue. Inter will also be without Martin Satriano through suspension; he will miss three matches.

The Partenopei will also be without Faouzi Ghoulam and Filippo Costa due to suspension.

Lautaro Martinez played a crucial role in Inter’s romp to the title last season under Antonio Conte and playing alongside Romelu Lukaku (now at Chelsea).

Conte and Lukaku have since left, but Martinez’s importance to the Nerazzurri has not diminished. Now playing alongside Edin Dzeko, the Argentine will be one of the most important players as Inter seek to put their title defense campaign back on track.

Having had a season to get used to the pace of Serie A, Victor Osimhen has had a fantastic start to the new season. He is at the heart of Napoli’s table-topping attack that has plundered 24 goals.

He will be a player to watch for Napoli as they take on Champions Inter Milan at the San Siro.

Expect Inter Milan, using their 3-5-2 formation to stifle play, play narrowly, and use wingbacks for width. Expect the Nerazzurri to stay compact and solid to smother any Napoli attacks.

Expect Napoli to take the initiative to open the game by keeping possession, recycling it, and attacking down the wings through Insigne and Politano, or through the middle using the link-up between Zielinski and Osimhen.

This game is nicely poised for the neutral. It will end in shared honors as both teams will settle for a point.

Make sure to bet on Inter vs Napoli with 22Bet!