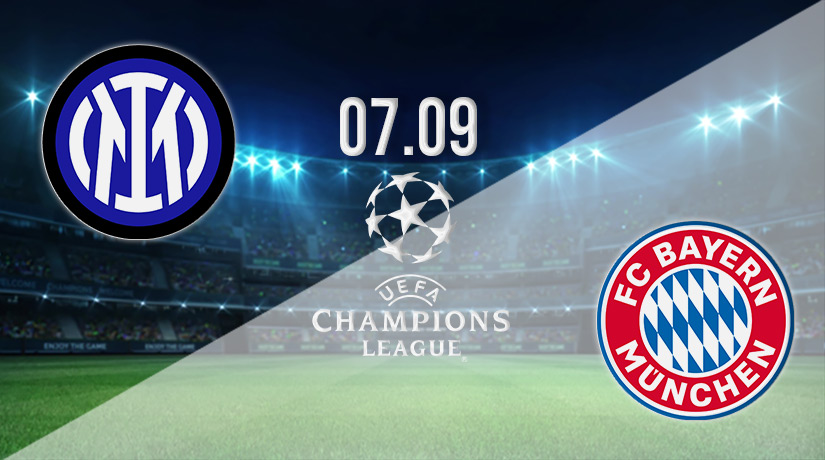 The first blockbuster tie of the thrilling Group C will take place on Wednesday when Inter host German Bundesliga Champions Bayern Munich at the San Siro with kickoff slated for 20:00 GMT.

Both teams will be looking to take a crucial first step in qualifying from a tough group, with Barcelona and Viktoria Plzen completing the group.

Can Inter Make the San Siro Count by Winning the Opening UCL Match?

Simone Inzaghi will be focused on his side’s start to the Champions League campaign with a win at home to Bayern Munich. Inter will also be looking to bounce back from the 3-2 defeat in the Derby Della Madonina against their city rivals AC Milan.

The defensive and attacking structure will be crucial for Inter in their bid to win the midfield battle and to create chances against a relentless Bayern side.

With their back three forming the basis of their game, Inter will look to use wing-backs to offer width while also trying to play through central areas using their midfielders.

The pace of their attacks will be important to undo an impressive Bayern defense.

Can Bayern Show their Character and Class by Winning away at the San Siro?

The German champions will be looking to bounce back to winning ways after two consecutive draws in the Bundesliga.

With both draws ending in 1-1 score lines, Julian Nagelsmann will be looking to bolster his attack to give it an edge when they face Inter on Wednesday.

However, Nagelsmann will be wary of the Inter attacking threat, especially the danger posed by wing-backs that can cut inside or cross into the box where attackers, such as Lukaku and Martinez, can cause havoc.

Stopping Inter’s attacks at source will be crucial for Bayern; therefore, they will focus on pressing higher up the pitch and dominating the midfield area. Putting Inter’s back three under pressure will also be important in stopping their attacking flow.

Inter have hauled nine points out of the available 15 from their opening five Serie A outings so far this season. They have won three times while losing twice.

Inter opened the season with a 1-2 victory away to Lecce before winning their first home match of the season 3-0 against Spezia at the San Siro.

Simone Inzaghi’s men lost their first match of the season in a 3-1 drubbing away to Lazio before bouncing back with a 3-1 win over Cremonese.

In their latest outing, Inter lost a thrilling match 3-2 against their city rivals AC Milan in an early blow to their title rivals this season.

Bayern Munich are unbeaten in the Bundesliga this season; they have collected 11 points from the available 15. They have won three times and drawn twice.

The Bavarians opened the season with a 1-6 thumping of Eintracht Frankfurt away from home before winning with a comfortable 2-0 score line at home to Wolfsburg.

Nagelsmann’s side also hammered VfL Bochum 0-7 in their third match of the Bundesliga season, before drawing two consecutive matches against Monchengladbach (1-1) and Union Berlin (1-1).

In between, Bayern Munich overcame Viktoria Koln 0-5 to progress from the first round of the DFB-Pokal.

The 25-year-old Argentine striker has started impressively for Inter this season, grabbing three goals in five appearances for the Nerazzurri. His forward play is the main source of attacking threats and eventually goals for Inter.

His pace, movement, and finishing are important tools for Inter when it comes to breaking the opposition’s defensive structure, creating chances, and getting goals.

Martinez will be important in the clash with Bayern on Wednesday. He will offer an important outlet when Inter will be in possession.

His runs will stretch the Bayern defense and open gaps that can be exploited by other inter players.

The 30-year-old Senegalese forward has started life in the Bundesliga and at Bayern Munich impressively. The winger has grabbed three goals in five appearances for the Bavarians this term. He has also scored an additional goal in his additional appearance in the DFB-Pokal.

Mane offers a front-foot pressing and hardworking option for Bayern. His hard-running and high-intensity style of play suits the way Nagelsmann wants to play.

Therefore, he allows the team to play on the front foot, dominating possession and getting into dangerous areas to create chances and score goals.

Inter will seek to make the clash as tight and cagey as possible. They will be compact in their three/five at the back approach. The wing-backs will be allowed to push forward when in possession and fall back into a defensive shape when out of possession.

This will make it difficult for Bayern to play their normal passing game while also exposing them on the counter.

Bayern will seek to employ their front-foot style of football characterized by high possession, high pressing, and a high volume of chances created.

Bayern are favorites to win the match and take all three points.

Make sure to bet on Inter vs Bayern  with 22Bet!