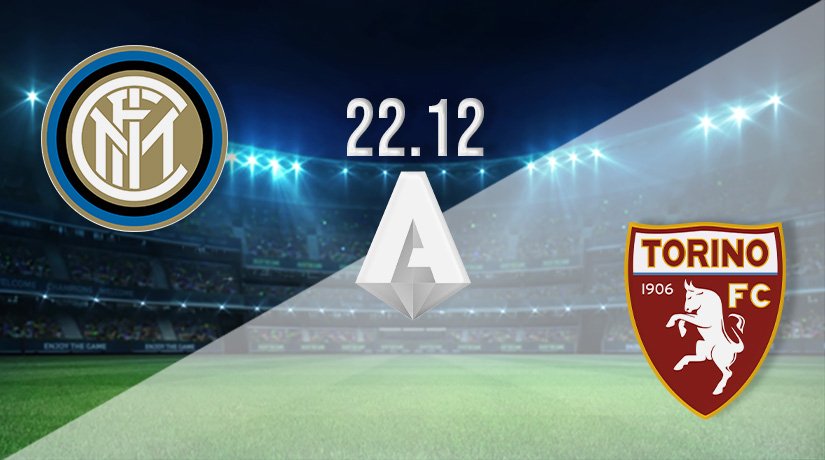 Inter Milan have been on a roll in Serie A, and they will be looking to extend their advantage at the top of the standings with another victory on Wednesday evening. Torino are the visitors to the San Siro, and have won their last two in the league.

There will be an interesting pre-Christmas battle in Serie A on Wednesday evening, as two of the in-form sides in the league meet at the San Siro. Inter have been in great form, and have seamlessly moved to the top of the standings above the stuttering Napoli and AC Milan. They now have a four-point advantage, as the mid-way rounds of Serie A this season take place in midweek.

Inter have really turned the screw in recent weeks, and come into this fixture having won their last five games in Serie A. They have been beaten just once in 18 outings this season, and are the highest scorers in the league, and have the second best defensive record.

Inter kicked off the latest round of fixtures in Italy with a commanding 5-0 win away from home against Salernitana last weekend. Five different scorers registered goals in that success, including Ivan Perisic, Lautaro Martinez and Alexis Sanchez.

Torino will be hoping for a positive result at the San Siro in midweek, as they look for a third straight victory in the league. Torino are sitting in the top half f the standings at present, having picked up 25 points from the 18 games that they have played. They are unbeaten in their last four games, and have won their last two.

Torino’s most recent win was achieved at home on Sunday afternoon, as Tommaso Pobega scored the winner after 26 minutes against Hellas Verona. Another win this week could put them into a solid position for a European push in the second half of the season.

Inter have recorded four straight victories against Torino coming into this fixture. During that run of form, they have scored 12 goals and have conceded four times. Torino’s last win in this fixture came at home in January 2019. They haven’t beaten Inter at the San Siro since April 2016.

The hosts look to have the momentum coming into this fixture, and it looks hard to see past them recording another win. We would take a chance on a 3-0 success for the hosts on Wednesday.