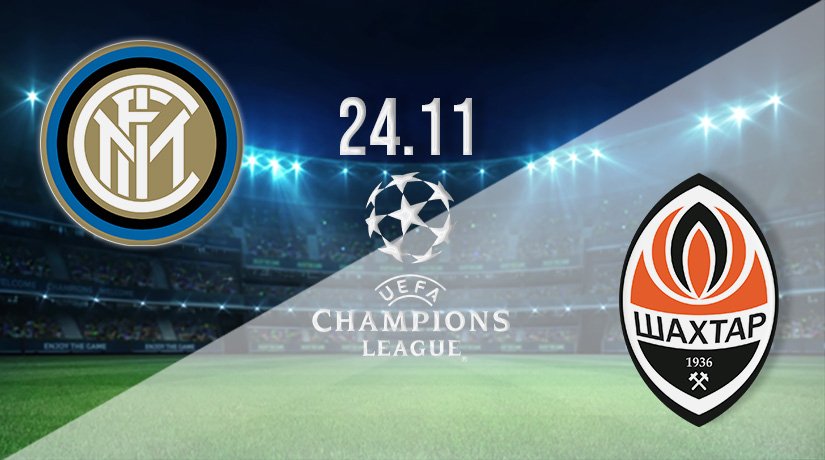 Vital points in Group D will be on the line on Wednesday, as Inter Milan and Shakhtar Donetsk both looking for the wins that will keep their hopes of reaching the next round alive. A victory for Inter would almost certainly secure their place in the next round.

Inter Milan faced early struggles in Group D, but they finally look to be on course to reach the next stage of the Champions League. However, a win here will keep their hopes of topping the group alive, while defeat could allow an opportunity for the other sides below them to pounce on the final matchday.

Inter have won two from four games in the group stages to this point, and have scored six times. They have the joint best defensive record alongside Real, as both have conceded just three.

The Italian giants picked up maximum points in their last game in the Champions League, as they beat Sheriff 3-1 away from home. Marcelo Brozovic opened the scoring, before goals in the final half an hour were scored by Milan Skriniar and Alexis Sanchez. Another big performance is needed here.

It will be a matter of now or never for Shakhtar in the Champions League on Wednesday evening. Defeat for the Ukrainian side will mean that their chances of reaching the knockout rounds will be over, while it would also mean that they will be condemned to finish bottom of the group.

Shakhtar are yet to win a game in the Champions League this season, and have taken just a single point from a possible 12. Their only point came in a 0-0 draw against Inter earlier in the campaign. Meanwhile, they have scored just one goal in the competition to this point, with that coming against Real Madrid.

Inter have a solid record against their Ukrainian opponents, as they are unbeaten in six meetings coming into this fixture. The Italians have kept five clean sheets during those fixtures, and have won on two occasions. However, the last three meetings have ended in 0-0 stalemates.

This fixture has been littered with 0-0 draws in the past, but given the stakes that Inter have riding on it, we find it hard to look past the Italian giants getting over the line. A 1-0 win for Inter may be the result.