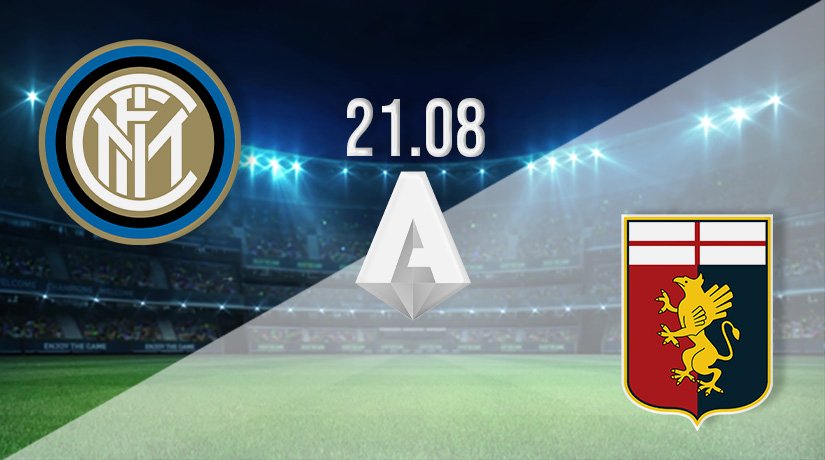 Inter Milan’s defence of their Serie A title begins this weekend, as a new-look side host Genoa at the San Siro. However, the visitors will be looking to progress themselves after a strong finish to the 2020-21 season.

It is all change at the San Siro as Inter Milan look to defend their Serie A title. Antonio Conte left the club over the summer, and he was replaced by Simeone Inzaghi. Huge name departures have also been felt by the club, as Romelu Lukaku and Achraf Hakimi have left the San Siro. However, there will still be hope that the Italian giants can lay down at least a challenge for the league title this season. Decent signings have been made during the summer, with Denzel Dumfries and Edin Dzeko likely to be tasked with replacing the players mentioned above. Dzeko’s scoring record in Italy is stunning, but whether he can form the formidable partnership with Lautaro Martinez that Lukaku did remains to be seen. He did get himself on the scoresheet in their final pre-season friendly this past weekend though, as Inter claimed a 3-0 success against Dynamo Kyiv.

Genoa could have been involved in the relegation fight last season, but were able to piece together in the final months of the season to finish in eleventh. Avoiding the same slow start will be key to their chances of achieving something this season. Their competitive season has already gotten underway, as they navigated their way through to the second round of the Coppa Italia this past weekend. Despite going 2-0 down inside the first ten minutes, Genoa struck back to win 3-2. The eventual winning goal was scored in the 87th minute by Yayah Kallon with three minutes remaining.

Inter have an excellent record against Genoa, as they have won their last six meetings against their opponents this weekend. They haven’t conceded a goal in each of these games. Inter won the last meeting against Genoa at the San Siro 3-0 in February.

It will be interesting to see how Inter tackle the Serie A this season given how many players have left the club. However, they should face few issues in their opening day assignment, as their record against Genoa speaks for itself. It should be a comfortable evening at the San Siro for Inter.

Make sure to bet on Inter Milan vs Genoa with 22Bet!