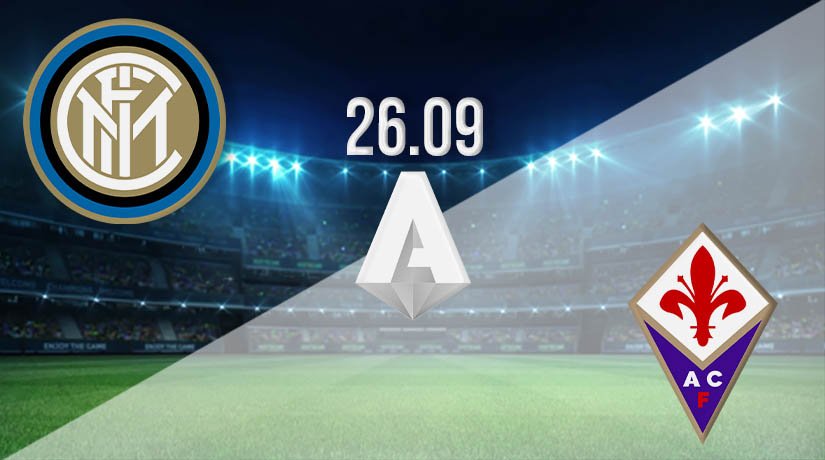 Inter Milan get their Serie A season underway this weekend as they host Fiorentina at the San Siro. The title will be Antonio Conte’s aim this season, but will they be able to start the season with a victory?

Inter Milan ended the 2019-20 season just one point behind Juventus, but second place wasn’t why Antonio Conte was brought to the club. He will be hoping to go one better in the league this season, and the board have backed him with more experienced players. Aleksandar Kolarov was brought in from AS Roma, while Arturo Vidal will also be playing for Inter this term after signing from Barcelona. Inter have been dominant throughout pre-season as they have won all three games and have scored 19 goals and are yet to concede. Their most recent pre-season outing was against Pisa. They won this game 7-0, and there was a hat-trick for Lautaro Martinez and a brace for Christian Eriksen. Roberto Gagliardini and Romelu Lukaku were also on the scoresheet in the win. But, this is where their season really starts.

Fiorentina have already started their Serie A campaign, and they couldn’t have got off to a better start. They beat Torino in their opening game of the season, with Gaetano Castrovilli scoring the only goal of the game with just over ten minutes remaining. Fiorentina dominated the match, as they had 15 shots compared to just six from Torino. However, Giuseppe Iachini will be aware that this will be a much tougher assignment for them. It was a difficult season for Fiorentina in 2019-20 as they settled for a place in tenth. However, they lost just once in their last nine to end the season, which means confidence within the team should be high.

Inter have won just once in five against Fiorentina. Their only win in this run came back in 2018, as they won 2-1 in the San Siro. However, Fiorentina haven’t beaten Inter in six, with their last win coming in 2017.

Inter Milan will have pressure on them this season to improve on their second place finish from last term. Conte has brought in more established stars, and that could prove to be decisive. But, they will need to get off to a perfect start as they kick off their season already three points behind Juventus.

Make sure to bet on Inter Milan vs Fiorentina with 22Bet!