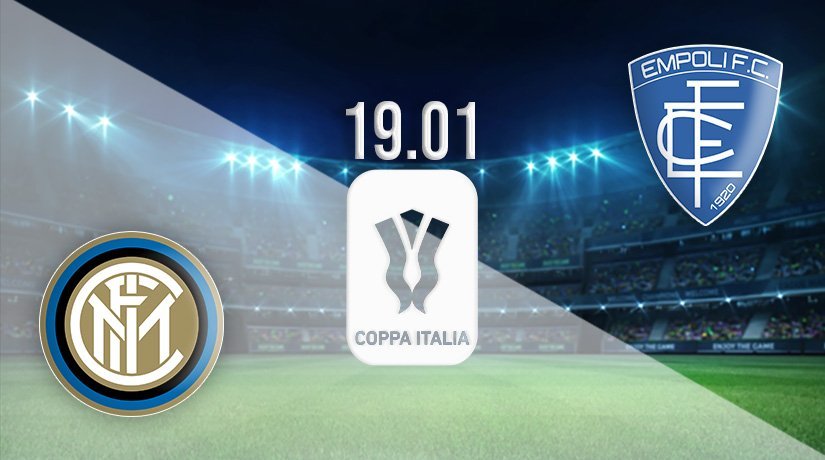 Inter Milan look to have an excellent chance of achieving a cup-league double this season, and will be looking to reach the quarterfinal stage of the Coppa Italia with a victory over Empoli on Wednesday evening.

Inter Milan are looking to win the league-cup double in Italy this season, and have an excellent chance of achieving that given the league form that they have been in so far this season. Inter are currently leading the Serie A standings, but their attention will turn to the Coppa Italia in midweek this week.

They got their hands on the first piece of silverware up for grabs in Italy this season last week, as they beat Juventus 2-1 in the Supercoppa. However, they weren’t able to maintain their winning sequence in Serie A last time out as they were held to a 0-0 draw by Atalanta.

Empoli will be looking for a first victory in the Coppa Italia this season, but will be aware that the odds are against them. They were promoted back to Serie A last season, and have enjoyed a relatively successful season to this point, as they currently sit in eleventh place in the standings.

However, their recent form would be a huge area of concern, as they are winless in their last six games in the league. They have lost twice during that run, and have picked up three draws. They were held to a 1-1 draw in their last fixture against Venezia.

Inter are unbeaten in their last nine fixtures against Empoli. They have also won their last eight against their opponents in the Coppa Italia this week. Their latest win came back in October, as they won 2-0 away from home in Serie A.

Empoli’s wait for major success in the Coppa Italia is likely to carry on this season. Inter have looked in incredible form over recent months, and with home advantage on Wednesday, we just can’t see past them getting the victory they need to reach the quarterfinals of the competition.