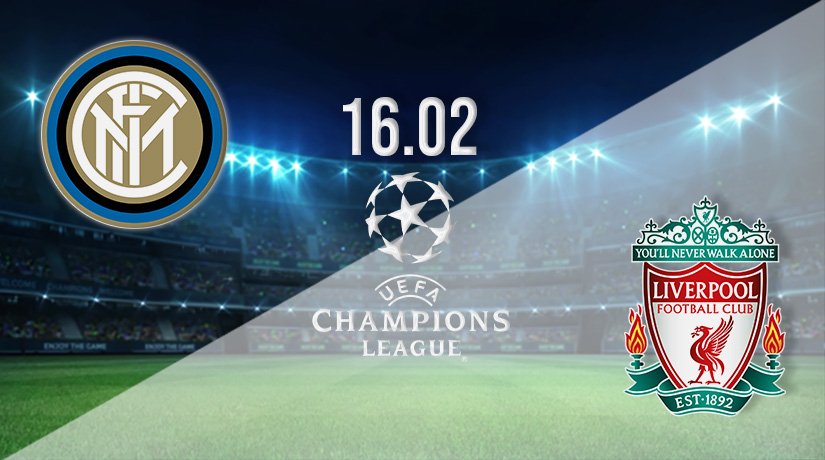 Wednesday’s Champions League programme presents two high profile matches, with both games scheduled for a 20:00 kick-off. RB Salzburg host Bayern Munich and with the Germans one of the hot favourites to win the trophy, many football experts expect them to come through that match unscathed. The game that caught our attention will be played in Italy where Inter Milan play Liverpool in what is certain to be an entertaining 90 minutes. This is a first leg match, so nothing will be decided in terms of progressing to the next round, but both Milan and the Reds have a chance to snatch an early advantage.

Inter Milan benefit from having the home advantage in the first leg but know they must make it count. The last thing the Serie A side want is to need a win at Anfield in the second leg when the Premier League side will be cheered on by a loyal support. The result of this game will be crucial, and with Inter Milan chasing a win and Liverpool eager to score or avoid defeat, armchair fans will be glued to the play from the first whistle. Which team will come out on top, the Italians or the English? It has a feel of the Euro 2020 final about it.

Inter Milan and Liverpool haven’t met in competitive action since 2008 when clashing in the knockout rounds of this competition. Liverpool did the double over Milan that season, securing a 2-0 win in England thanks to goals from Gerrard and Kuyt, then won 1-0 in Italy with the goal scored by Torres. It’s interesting to note that the beaten team had a man sent off in each of those matches with the red cards shown early in each game. Keeping 11 players on the pitch will be key for Milan on Wednesday evening.

Inter Milan take time off from their pursuit of the Serie A title as they aim to boost their chances of challenging for the biggest prize in European football. They enjoy home advantage over Liverpool for this match but have suffered from a lack of consistency in recent games, and fans hope that doesn’t continue to this competition. Inter’s last five games in Italy have produced two wins, a pair of draws and a defeat. They are second in Serie A, behind old rivals and current leaders AC Milan who are a point ahead of the chasing pack. At present, just two points separate the top three sides in the top division of Italian football.

Inter are without a win in their last two league matches, taking just one point from the six that was available to them. They started the month with a 2-1 defeat in the Milan derby, a result that damaged their chances of winning the league. Perisic scored the opening goal of the game on 38 minutes, but a double from former Arsenal and Chelsea attacker Giroud turned that game on its head. In true Milan derby fashion, the match ended in controversy with both teams finishing with ten men; Bastoni and Hernandez were sent off in stoppage time. Another point of note on discipline.

Since losing the derby, Inter has beaten Roma 2-0 at home in the Coppa Italia thanks to goals from Dzeko and Sanchez. It was a game they were expected to win, but the players deserve respect for the manner in which they got the job done, keeping a clean sheet in the process. Inter then drew 1-1 away to Napoli after falling behind to an early penalty scored by Insigne. Dzeko rifled home an equaliser early in the second half but lacked the composure to nick a winner.

Reds arrive on a winning run

Manchester City is the current Premier League champions and league leaders. Pep Guardiola’s team are favourites to win the league again and are also favourites to go one better and improve on last season’s runners up finish in the Champions League. Liverpool are unlikely to win the Premier League, but they do have a great chance to finish second and could add another European title to their list of achievements. They head into this Champions League away day on the back of a stunning run of form and hope to carry that feel-good factor into this match.

Liverpool has taken maximum points from each of their last four Premier League games, which has helped them close the gap on Man City. They have played once in the FA Cup and twice in the league this month, winning all three in convincing fashion. That purple patch began with a simple 3-1 home win over Cardiff City in the cup before hammering Leicester City 2-0 at Anfield in the league. The goals that day were scored by Jota, who fired a double, one either side of the halftime interval.

We last saw Liverpool in action beating Burnley away from home on Sunday. That was a match they were expected to win with a bit to spare, but they were made to work hard by a determined Clarets side who refused to roll over. Fabinho scored the only goal of the game when finding the net on 40 minutes to settle the game and ensure the three points head back to Merseyside. Jurgen Klopp will be after more of the same, having seen his side keep a clean sheet in each of their last two games.

Inter Milan knows their best chance of going through comes from making home advantage count in this game, but the players are aware they must improve on their recent league form if they stand any chance of going through. A home win without conceding will be the best scenario for the Italians, but that’s easier said than done.

Liverpool is after more of the same. They can boost their chances of progressing to the next round with a win, and they’ll want to keep another clean sheet. This is a step up in class of opponent of Liverpool have the skill to get the job done.

Make sure to bet on Inter Milan v Liverpool with 22Bet!