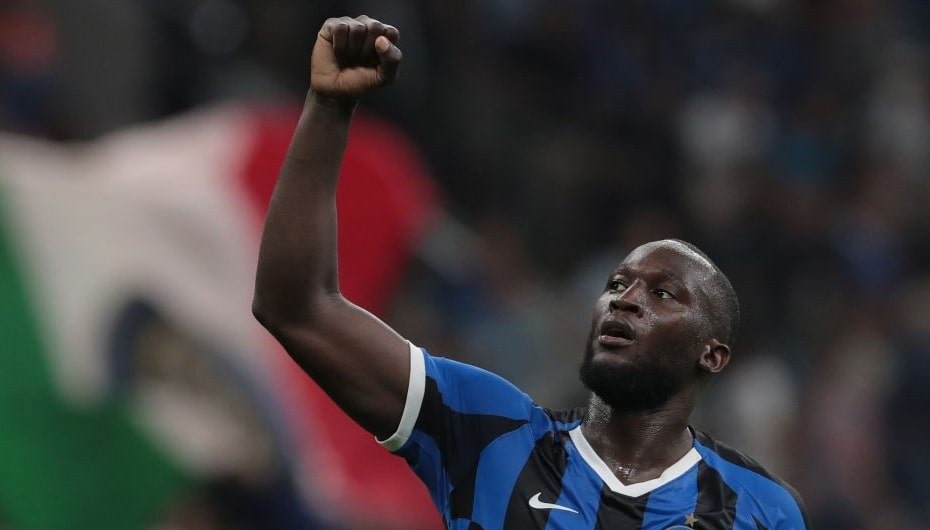 Life in Italy is already occurring to be challenging for Romelu Lukaku who joined Inter Milan a few weeks ago from Manchester United. The challenge the big Belgian is experiencing isn’t related to his performance on the pitch like it was a case at Old Trafford. Lukaku has found the back of the net for his new team in the two matches he has represented the Milan outfits.

Lukaku converted a penalty that handed Inter Milan a 2-1 victory over Cagliari at the weekend. While preparing for a penalty, the Cagliari fans began chanting what was later described as “monkey chants”. The record-goal scorer for the Belgian National team glared at the host fans after scoring his spot-kick, and that was the genesis of the racism claims that the entire world is now condemning.

At a time like this, Lukaku expected massive support from the Inter fans, but surprisingly, the Nerazzurri supporters are siding with their weekend hosts. Curva Nord is a wing of Inter Milan fan-base. The group stunned the world when it wrote an open letter on Facebook page to the former Manchester United striker explaining the entire situation. The biggest shock is that Inter Milan fans couldn’t find any fault with the Cagliari supporters.

The letter reminded Lukaku that life in Italy is completely different from the one in Northern Europe where racism chant is met with endless condemnation. However, the new Inter Milan boss Antonio Conte, who was previously at Chelsea condemned the action.

The Inter fans started by apologizing to Lukaku in a statement that read, “We are really sorry that you thought what happened in Cagliari was racist.” The letter acknowledged that the Milan enthusiasts “understand that it could have seemed racist” to Lukaku, but that wasn’t the case. The letter continued by saying that in Italy, teams use various “ways” for the sake of “helping their teams.” The ways are meant to instill nervousness to the opposition, but not to indicate racism.

The fan group also explained their stance on how they welcomed Lukaku at the club. They had to explain it anyway to make their new top scorer not to think that he’s unwelcomed at the club. The statement made it clear that by declaring their way of supporting the teams as racism, “the problem that isn’t really there” is created.

The group emphasized that Italian fans “aren’t racist,” and told Lukaku to expect such a habit in the future games in “all Italian stadiums.” According to the statement, Italian fans cheer their teams, but also “cheer the opponents” to make the rival scared. The Inter supporters further narrated that such expressions are a sign of “respect for the goals you might score against” the opponents.

The group reiterated that “the multi-ethnic fan organization” is welcoming, and they will make players from all parts of the world feel at home. It occurred as if there were two different types of racism behaviors if you followed the explanations that the fans offered. The extra-ordinary statement summed up, “Once again…Welcome, Romelu.”

Indeed, the Italian football fans are making the world to believe the say that goes: “If you go to Rome, do as Romans do.” Rome is in Italy, and it seems things are done differently in this country.