Main page - News - Ice hockey postpones around the world during the coronavirus outbreak. 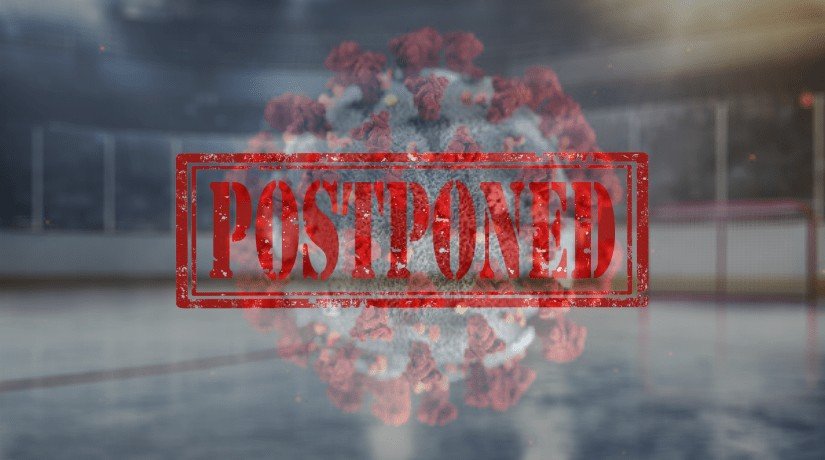 Ice hockey postpones around the world during the coronavirus outbreak.

Due to the threat of the spread of coronavirus, the championships of the two major leagues of Switzerland are prematurely completed.

On March 2, the Swiss National League held an extraordinary meeting. During the meeting, all 24 clubs supported the initiative to suspend the competition. Initially, the playoff matches in Switzerland were scheduled to start on March 6. Given the ban on public events, the league and the teams had a choice: hold decisive games without spectators or suspend tournaments. As a result, the second option was chosen.

According to the official website of the Swedish Hockey League, as a result of consultations with the local hockey federation and after the government’s decision to limit the audience to 500 people, the start of the championship’s playoffs is postponed to March 24.

Besides, all rounds, starting from the quarter-finals, are planned as series to three victories, and not four, as it was before. The final dates and format of the post-season will be reviewed as a result of further developments.

“Nobody wants empty stands, but health comes to the fore, and we will listen and obey the instructions of the authorities,” says Michael Marshall, head of SHL.

Note that at the same time today in Sweden will be the last round of the regular season, but the matches will be played without fans.

On Thursday, the Finnish authorities imposed a ban on events with 500+ spectators, similar to the Swedish one. It is expected that the last two rounds of the regular season will be held without spectators. They are yet to announce the decision made after the meeting with local authorities.

Local KHL club “Jokerit” announced that they would play the home matches without spectators.

ECHL’s third-highest adult league in North America halted the season due to an outbreak of coronavirus.

As events around the COVID-19 virus develop in North America and in connection with the precautions that are being taken on the continent, ECHL suspends the season for the safety of fans, players and employees.

The league and teams continue to work closely with local health authorities and monitor the situation, according to an official statement from ECHL.

Previously, because of the coronavirus, the NHL, the AHL and the Canadian junior leagues paused their championships. The World Health Organization has announced a global pandemic.

On the afternoon of March 11, the Norwegian Hockey Federation and their GET-Ligaen also decided that it was better to play it safe and refused to spend the rest of the championship.

The Polish Hockey League (PZHL) with the consent of the clubs and on the basis of government decisions stopped the playoffs at the semifinal stage. The winner is the Tychy club, which had the best performance in the regular season. He will represent the country in the Champions League.

In Latvia, the local highest division OHL announced that they will continue the playoffs. However, the matches will be held without fans, because of earlier yesterday the government of Latvia issued the state of emergency which bans any public events over 200 people.

Last night, there was information about the cancellation of the playoff matches in the Hungarian-Romanian Erste Liga. It is also reported that the Slovenian-Serbian-Croatian IntHL went the same way after the decision of the Slovenian hockey federation.

In the Czech Republic, after the authorities cancelled all the gatherings with more than 100 people, the federation and the local extra-league decided to suspend the league until March 29. The decision on the further tournament will be made later. March 29 – this is the last date that will allow having time to hold trimmed playoffs.

The first global decisions are made in the KHL. Tickets for the Barys match against Sibir are not sold, the Moscow Dynamo and Spartak will play without spectators, and in Tatarstan, Ak Bars will hold home matches without fans.

The IIHF has previously cancelled a number of its tournaments, including the Women’s World Championships, adult and junior championships in lower divisions. Moreover, in the light of recent events and decisions of the Swiss authorities, there is a question about the fate of the elite world championship, which is scheduled for May 8-24, is particularly acute.

On March 16-18, the IIHF Council will convene for the annual spring meeting, where they will discuss several pressing issues. In particular, they will talk about possible compensation to the organizers for the cancellation of tournaments.

At the same time, on March 10, the International Ice Hockey Federation issued a statement in which it adheres to the position of holding the championship at the previously indicated time in Switzerland, despite rumours about its possible transfer to Russia or Belarus. The IIHF assures everyone that it monitors the situation with the spread of coronavirus every day, including to determine the status of upcoming tournaments.

Rene Fasel said that he did not see the point in an adult championship with empty stands or an incomplete composition of participants.

We will be keeping you informed on the updates with the hockey situation. Stay safe!