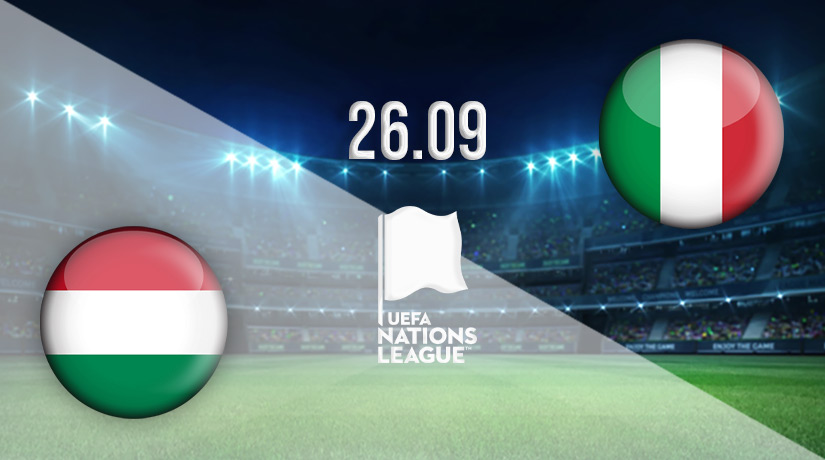 Can Hungary make it Two Wins on the Trot in Group C?

Marco Rossi will be looking to maintain the good vein of form that his side have displayed in recent big matches. This was especially in full display in the 0-4 rout of England on matchday 4.

He will especially look to bolster his defensive shape against a talented Italian side that are the European champions. This will be combined with a well-choreographed transition attacking approach with quick passing after winning possession.

Transitions will be important for Hungary because Italy are expected to maintain huge amounts of possession and dominate the playing territory of the pitch. This means that quick counter-attacks will be the best approach to create chances.

Can Italy Bounce Back to Winning Ways against Hungary?

The Azzuri will be reeling from their failure to make it to the World Cup in Qatar. However, the Nations League presents a platform for Italy to showcase their form and demonstrate improvement under Roberto Mancini.

Mancini will focus on how the team deals with counter-attacks after possession turnover. The quality of the team on the ball is not in doubt. However, a possession-heavy approach leaves the defense and midfield exposed to transition attacks.

This danger will be posed by a Hungary side that is full of pace and a compact defensive shape.

Marco Rossi’s side hauled 7 points and dropped 5 in 4 outings in the Nations League this term. They are currently sitting top of Group C, a point ahead of second-placed Germany, and two ahead of their opponents Italy.

They opened their campaign with a steely 1-0 win at home to England before losing 2-1 away to Italy on matchday 2. Rossi’s side then held Germany to a 1-1 draw at home before convincingly outclassing England in a 4-0 win away from home.

Hungary will be looking to bolster this run of form and retain their advantage at the top of the group.

Roberto Mancini’s side have won just once in their opening four fixtures in the Nations League this term. Their win came on matchday 2, in a 2-1 triumph at home to Hungary.

The Azzuri have also lost once in their campaign; this came in a 5-2 home defeat against Germany on matchday 4.

The other two matches involving Italy in Group C ended in draws; these include the clash with Germany on matchday 1 (1-1) and the match away to England (0-0).

Mancini will be looking to bolster the consistency of his side as they seek to turn their form around in the Nations League.

The 25-year-old winger, who plays for SC Freiburg, has been in good form recently. He has helped his club to make a stunning start to their Bundesliga season.

Sallai is crucial in opening up defenses when cutting in from wide. The winger uses his pace to help his team on counterattacks and stretch the opponent’s defense.

Sallai will be crucial for Hungary in the clash with Italy because they will rely on quick transitions to cause the Azzuri defensive challenges.

The 29-year-old, who plays as a second striker or winger has been in good form for his club and national team. In Serie A, he has grabbed two goals in seven appearances. In the Champions League, he has scored one goal in two appearances.

Politano’s creativity and movement are important attributes of the Azzuri. He will be important in breaking down the Hungarian defense and thus creating chances for his team.

Hungary will prioritize being compact and solid against Italy. They will defend deep and will launch quick counter-attacks when they are in possession.

Italy will boss the midfield, dominate possession, and put pressure on Hungary from the first whistle.

Italy will have too much for Hungary, and they will win the match.

Make sure to bet on Hungary vs Italy with 22Bet!