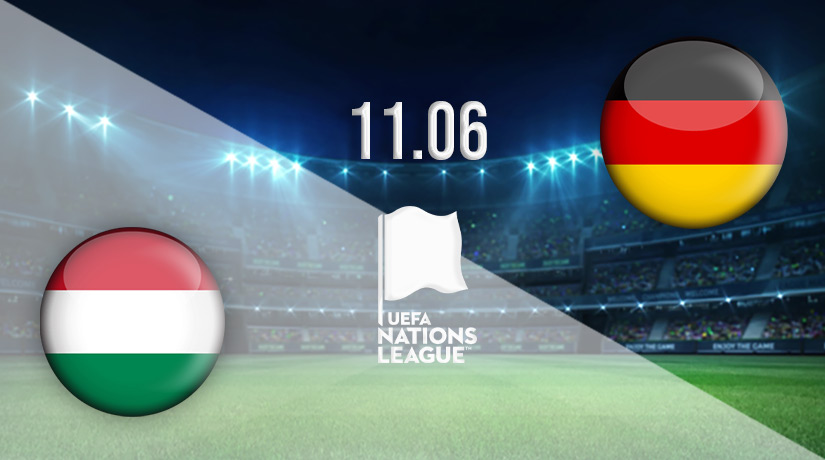 Two teams battling for pole position in their UEFA Nations League group clash in Budapest as Hungary welcome the giants of Germany for this Saturday’s 19:45 GMT kick-off.

The Hungarians got off to the perfect start and are aiming for another three points at home as supporters return following a ban that saw the crowds limited in their opening game of the campaign. Hungary were on cloud nine last week when upsetting the odds to beat England 1-0 in a gripping contest. Will we see more of the same from a confident host, or will the Germans burst the bubble and bring their opponents crashing back to earth?

The stats sheet shows these teams have met only five times previously, with Germany enjoying the lion’s share of victories in that time. The first meeting took place in 2001 when Germany marked the occasion with a stunning 5-2 victory, and that wasn’t the last goal-fest from these great footballing nations. Germany have three wins in total with Hungary on one, the spare ending in a draw. Read on as our team of football writers preview Hungary v Germany, studying the form of both teams, head to head stats, injury news and more before making our predictions.

Hungary caused the biggest upset on the Nations League matchday one when beating England in Budapest. Gareth Southgate’s team were the hot favourites with pundits pre-match and played their part in a thrilling 90 minutes, but the home team came out on top, grabbing all three points. Hungary were able to get off to a dream start – one even their fans would have been surprised at – but the pressure is now on the players to maintain those high standards. They must now put together a strong run of form.

There is now no reason why Hungary can’t do well in this tournament after collecting all three points in their opening match against England. They are the rank outsiders to finish in pole position, but the underdogs have their fate in their hands, and fans can’t ask too much more than that. Another big performance and at least a point from this match will keep Hungary on track to do what seemed impossible just a few weeks ago and take control of a pool littered with big-name opponents. The players must keep their feet on the ground and continue to work hard.

That famous win over England in Group A3 came courtesy of a 1-0 scoreline with the goal that made the difference scored by Szoboszlai, who netted from the penalty spot with 66 minutes on the clock. The final score and the home win may have been a surprise to most football fans, but it was nothing short of what Hungary deserved for their efforts. They pushed England hard, dominated the play, created the better chances and held their nerve to score the penalty that eventually won them the tie, earning Hungary a few new followers.

Germans must be at their best

To avoid suffering a similar fate to England, the visitors for this match know they must be at their best. Germany are the side fancied by most followers of the competition, and it’s easy to see why the masses are supporting them. They are one of the best teams on planet football and are a side expected to perform well at this year’s World Cup played in Qatar between November and December. Those camped inside the away dressing room will view this month’s fixtures as a great chance to stake their claim for a seat on the plane to Qatar.

Germany opened their account for the Nations League with a hard-fought draw in Italy, finishing that match 1-1. It was a fantastic contest, with both teams having opportunities to score the winning goal and claim all three points, but at the end of the play, a draw seemed like a fair result, with neither side deserving to lose the match. Taking a share of the spoils in Italy is no mean feat, and it puts Germany in a fantastic position. If they can beat Hungary and win when Italy come to Munich, it will place them in the driving seat to progress to the next round.

Pellegrini scored the game’s opening goal against the Italians in 70 minutes, but Azzurri were then caught napping, with Germany firing themselves back into the running. They scored an equalising goal less than three minutes after falling behind, with Kimmich restoring parity to shock the home support. A share of the spoils was a good result for both nations as Germany snatched a point from a goal behind while Italy continue their rebuilding job following a failed World Cup bid. The team was young and inexperienced, with one eye firmly on Euro 2024 and World Cup 2026.

Both teams gave surprising results in their opening matches, with Hungary shocking everyone when beating England. At the same time, Germany came up short against an inexperienced Italian side who are seen by most as a work in progress. The home team will have their tails up, and if they score the game’s opening goal, they won’t make the same mistake as the Italians did by surrendering the lead easily.

Germany did plenty right in Italy but will know they missed a great chance to win on the road, which may come back to bite them on the backside. If Germany continue to progress as expected and play to the level we know they are capable of, then they should have enough quality to get the win and move into a strong position in the group.

The pre-match betting odds available at 22bet offer a win for Hungary at 7.1 with Germany trading at 1.47 and the draw 4.3. There are also specials, including yes or no on both teams to score, the total number of goals scored, and the player to get the opening goal.

Make sure to bet on Hungary v Germany with 22Bet!