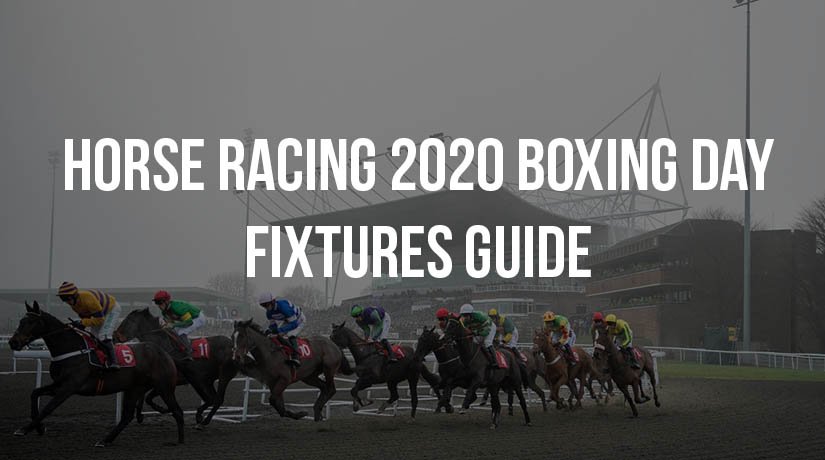 Christmas Day is one of the only days of the year when there’s little or no competitive horse racing fixtures run across the world. It is a day of rest for racing and most sports. This has been the norm for many years, but things are beginning to change.

Look at the sports schedule on 25 December and you’ll see very little is on offer. The time difference ensures there are a selection of races from Australia on Christmas evening before the American action kicks into play.

The floodgates then open and Boxing Day is awash with exciting races from all major sporting nations across the globe, including the United Kingdom, Ireland, France, Germany, South Africa, Dubai, and plenty more besides.

Almost 24 hours of no sports followed by an explosion of action whips lovers of horse racing into a frenzy. Meetings take place almost every professional horse racing track in the UK, such as Newmarket, York, Goodwood, Ascot, Ayr, Kempton, and Market Rasen.

Some races are more popular than others and Boxing Day even brings a few of the biggest races on the calendar. Below you’ll find details on the standout fixtures of the day, finer details of the contest, the main runners of 2020, and other points designed to keep you in the know.

This is one of the best races of the day and will pull in a large TV audience when the contenders go to post. The fact there is a sizeable winners cash prize up for grabs means there’s no surprise to learn some of the top names in the game will be in appearance, including well-bred racehorses, accomplished trainers, and fearless jockeys. Winning a race named after such a famous horse is high in most yard’s Christmas wish list.

A Grade 1 National Hunt Steeplechase, the Kauto Star Novices Chase is contested over a distance of three miles at Kempton racecourse every year and enjoys a long history. Nagari took glory back in 1975 and there have been some famous victors since, including Bacchanal, Long Run, and Coneygree. Last year’s race was won by Slate House for Robbie Power and Colin Tizzard. That was the second seven-year-old winner on the bounce and the third in six years.

The 2020 renewal may be slightly different to normal in terms of the lack of a large audience in the stands but the contest itself promises to be another thriller. The early betting for the Kauto Star Novices Chase is led by Shan Blue who has dominated the antepost list and has attracted the most attention. The Big Breakaway has been picked out by oddsmakers as the main danger with If The Cap Fits also expected to be in the running.

The King George VI Chase is one of the biggest, most popular, and richest contests on the British horse racing calendar. First run back in 1937, this Grade 1 National Hunt steeplechase is open to entrants aged four years and above, run annually at Kempton Park over the distance of three miles. A total of 18 fences stand between the starting pack and the winners enclosure with £250,000 worth of prize money up for grabs with more than £140,000 of that paid to the winner.

The second most prestigious race in the UK behind the Cheltenham Gd Cup has thrown up some memorable winners over the years with the most successful of those being Kauto Star who won the title in 2006, 2007, 2008, 2009, and for the final time in 2011. Ruby Walsh is the race’s top jockey having sat on five winners, and the history books show there’s no doubting the standout trainer with Paul Nicholls sitting on 11 between See More Business in 1997 and Clan des Obeaux in 2019.

The very first winner of the King George VI Chase was Southern Hero back in 1937 for Fawcus and Evans with last year’s champion being Clan des Obeaux for Sam Twiston-Davies and Paul Nicholls. Clan des Obeaux won the title in 2018 under the ride of Harry Cobden before doing the double 12 months later with Twiston-Davies in the saddle. The stats show two of the last four winners have been eight-year-olds.

The current list is headed by Cyrname who sits just ahead of treble-chaser Clan des Obeaux who is viewed by many as having a strong chance at landing the hattrick. Others worth a mention currently quoted in the race betting antepost list include Lostintranslation, Monalee, Real Steal, Waiting Patiently, and Kemboy.