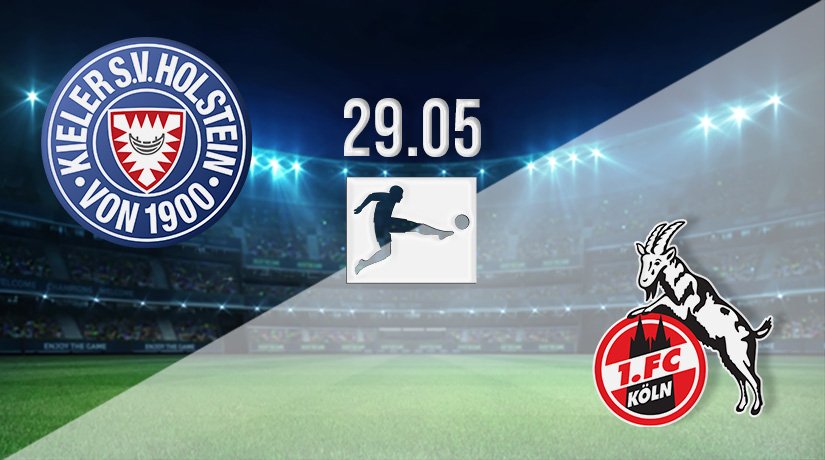 Holstein Kiel is potentially 90 minutes away from securing their place in Bundesliga history. Almost unknown to most football fans outside of Germany, the team stands on the brink of beating FC Koln in the playoffs despite starting the first leg as underdogs with many pundits.

They now hold the home advantage and a valuable 1-0 aggregate win over their opponents. Do they have what it takes to defend their lead, or will they go for more goals, aiming to blast Koln out of this fixture and out of the top tier of German football? We’ll find out when the teams renew rivalries on Saturday from 17:00 GMT in a decider you can watch live on TV.

Kiel on the edge of greatness

Holstein Keil knew they were up against it when travelling to an experienced Bundesliga side in the first leg. They were well aware of their opponents’ problems and respected the gulf in class between their division and the top tier of German football. Holstein had hoped to keep things competitive, aim for a draw and, ideally, score an away goal to keep them in the tie.

The first leg went better than Kiel fans had hoped for. Not only did they score an away goal, but they won the game, snatching a 1-0 victory on the road. That advantage may be narrow, but they are now the home team and will be confident in their ability to build on Wednesday’s performance and finish the job.

FC Koln journey for this away day knowing they are standing on thin ice. The club is in real danger of losing their Bundesliga membership unless they can pull something special out of the back in the second leg. Relegation would have a huge impact on their budget and could force the club to sell their better players to cut costs.

They could avoid that fate with an away win on Saturday. They trail on aggregate but know a 1-0 win would send the tie into extra time. A 2-1 victory would see them progress. Anything less than victory would be the final nail in their coffin following a woeful season. Does FC Koln deserve to be relegated? Probably, but that means nothing now. This is playoff football where it’s not over until the final whistle.

The home team have the aggregate advantage and take encouragement from that, but this tie remains open. It’s there to be won, and if FC Koln starts strongly and score the first goal, it will heap pressure on their opponents. Koln knows they must score, but they can’t afford to go all-out attack. Conceding another goal on the counter would be disastrous. This match is likely to be a tense, nervy affair with viewers gripped to the action from the opening whistle.

Make sure to bet on Holstein Keil v FC Koln with 22Bet!