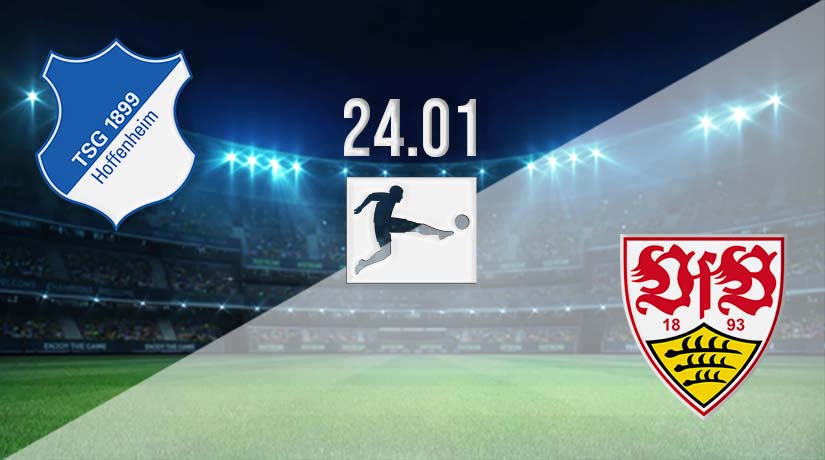 A huge game in the Bundesliga for two teams in the bottom half of the standings is set for Tuesday. Stuttgart remain in the bottom three places in the table, while Hoffenheim are dropping toward the same position after suffering four straight defeats in Germany’s top-flight.

This looks set to be a huge fixture for Hoffenheim on Tuesday, as they bid to end a four-game losing streak in the Bundesliga. That poor run of form has seen them drop to 13th in the standings, and they will desperately be looking to end that run to edge closer toward the top half of the standings. Hoffenheim currently sits just three points above the relegation spots in the Bundesliga, and defeat could see them drop at least a place this week.

The World Cup break has done little to help Hoffenheim’s performance levels, as they returned to action over the weekend with a 3-1 loss on the road against Union Berlin. Hoffenheim appeared to be heading to the win after 70 minutes, with Ihlas Bebou’s opener being the only goal between the sides. However, Union turned the game on its head with three goals in the final 17 minutes.

This will also be a huge fixture for Stuttgart on Tuesday, as the German side currently occupies the relegation playoff spot. They have lost once in their previous three games, and have won twice over their previous five, which is the second best record over that period in the bottom half of the standings.

However, they couldn’t return to domestic action with a success over the weekend, as they played out a 1-1 draw against Mainz. Serhou Guirassy opened the scoring after 36 minutes, but that lead lasted for just four minutes. Overall, it was a decent performance, but once again, defensive errors ensured that they were able to pick up a win.

Hoffenheim vs Stuttgart Head to Head

Hoffenheim has picked up just two wins from their previous five encounters against Stuttgart in the league. However, one of their wins was in the previous meeting between the sides. But, Hoffenheim’s home record in this fixture is strong, as they haven’t lost in the previous seven.

This is a massive game in the season for both teams on Tuesday. It could go either way. However, a chance will be taken on Stuttgart, as they looked to come back from the World Cup break fresher than most.

Make sure to bet on Hoffenheim vs Stuttgart with 22Bet!