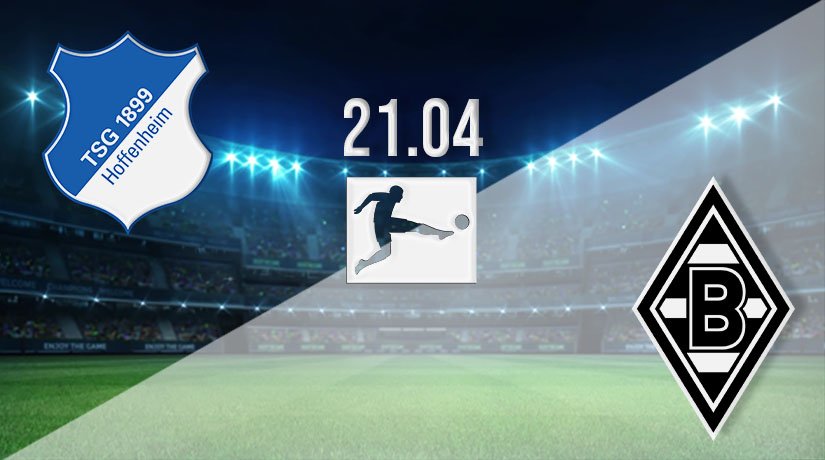 There will be an intriguing battle in the Bundesliga on Wednesday evening, as Borussia Monchengladbach look to close the gap on the European positions with a victory on the road against Hoffenheim.

Borussia Monchengladbach’s mid-season form looks to have already cost them a place in the Champions League positions this term. However, their recent form has seen them increase their chances of potentially finishing the campaign in a Europa League position in the league. Gladbach have won three of their previous four fixtures, which has seen them close the gap on Bayer Leverkusen to just four points. There are still seven games of the season remaining for Gladbach to achieve their target of European football this season, but the ten-point difference between themselves and the Champions League positions could be too big of a gap to make up at this late stage of the campaign. Gladbach won their most recent fixture in the league at the weekend, as they beat Eintracht Frankfurt 4-0. It was potentially their best performance of the season, with Matthias Ginter, Jonas Hofmann, Ramy Bensebaini and Hannes Wolf scoring the goals.

Hoffenheim couldn’t come into this game in much worse form, as they have gone five without a win in the league. They are getting dragged into the bottom half of the standings at an alarming rate, and sit just six points above the relegation playoff spot. Hoffenheim have lost three of their previous five, but have recently ended that run of defeats with back-to-back draws. The most recent of those came on Friday evening, as they claimed a hard-fought 0-0 draw at the Red Bull Arena against RB Leipzig. However, they will need to offer an increased threat in the final third, as they didn’t register a single shot on target in that stalemate.

Gladbach have struggled against Hoffenheim in recent seasons, as they have beaten their opponents this week on just one occasion in their last six meetings. That win for Gladbach came back in September 2019. Hoffenheim have also won just once during this run of results, with their win coming in the previous meeting this season.

The travelling side come into this fixture as the team in-form, and it would be hard to see past them getting the win that they need to close the gap on the Europa League places in the league.

Make sure to bet on Hoffenheim vs Borussia Monchengladbach with 22Bet!