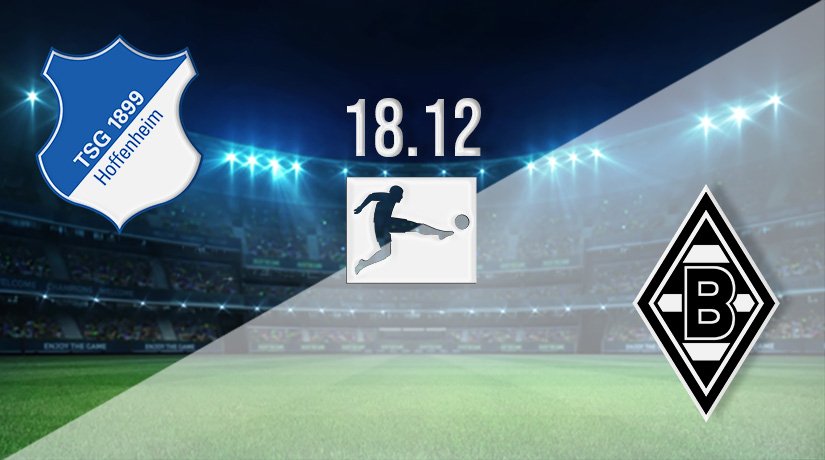 Borussia Monchengladbach’s poor form continued in midweek, and they will be hoping for an upturn in form before Christmas this weekend, as they travel to an in-form Hoffenheim.

The Bundesliga reaches the halfway stage this weekend, as teams will be playing their 17th game of the season. It will be the final game for teams before the winter break, and both Hoffenheim and Borussia Monchengladbach will be keen to go into the break with some positive form behind them.

There’s no denying that Hoffenheim are the form side coming into this fixture on Saturday, as they have won four of their previous five games. The only blip that they have had came in their last fixture, as they were held on the road by Bayer Leverkusen. Hoffenheim produced a late show in that fixture to steal a point, as they came back from 2-0 down in the final ten minutes of the game.

It was an excellent show of the strong character within the camp this season, as goals from Angelo Stiller and Mu’nas Dabbur ensured that the German club were able to stay in the Champions League places in the Bundesliga.

Things are looking very serious at Gladbach at present, as they are moving ever closer towards the relegation places in the Bundesliga. The gap between themselves and the relegation playoff spot now sits at one point, as Gladbach were beaten for the fourth game running in midweek.

It was another defeat where Gladbach conceded a high number of goals, as they fell to a 3-2 loss against Eintracht Frankfurt. Things started so well for Gladbach as they took the lead through Florian Neuhaus. However, they fell behind in the second half, before Ramy Bensebaini was able to pull a goal back. There will be big questions to answer over the winter break for Gladbach.

Hoffenheim did the double over Gladbach last season, as they won 2-1 away from home and 3-2 at home. However, the first of those wins in December 2020 ended a six game wait for a victory for Hoffenheim over Gladbach.

It is so hard to see Gladbach’s poor run of form ending anytime soon given the performances that they are putting in. Therefore, we will be expecting a fifth defeat in a row to be inflicted on Glabdach by Hoffenheim this weekend, as the hosts claim a comfortable 2-0 success.

Make sure to bet on Hoffenheim vs Borussia Monchengladbach with 22Bet!