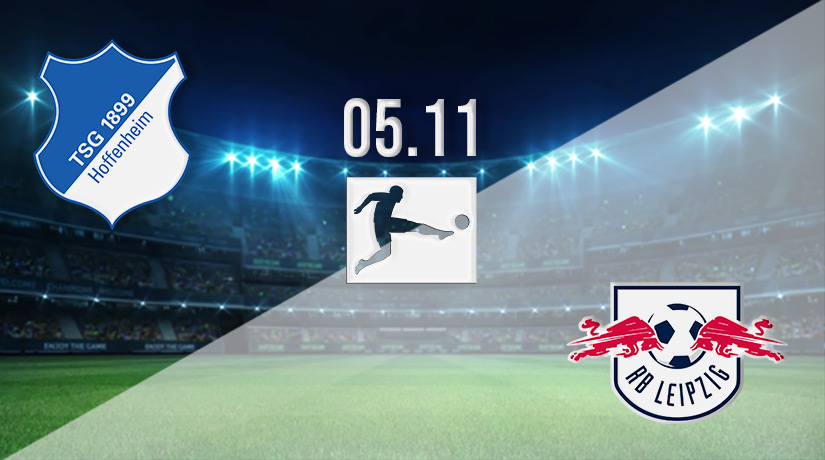 It is seventh versus sixth in the Bundesliga when 7th-placed Hoffenheim welcome 6th-placed RB Leipzig to the Rhein-Neckar Arena on Saturday at 15:30 GMT as both teams seek to get the three points they need to climb into the top four.

Can Hoffenheim Manage the First Win in Three Attempts?

André Breitenreiter will look to pick up the pieces after a run of two matches in the Bundesliga without a win when his charges host in-form RB Leipzig on Saturday.

With Hoffenheim just a point behind RB Leipzig, they will leapfrog their Saturday opponents with a win. This will be motivation for the home side as they look to step up their bid for the top four in the busy pre-World Cup schedule.

Breitenreiter and his charges will focus on tactical discipline, aggression without the ball, and pacey attacks to enhance their chances of taking something from the match.

Can RB Leipzig Extend their Unbeaten Run to Six Matches on the Trot?

The in-form Leipzig side will be looking to make it six matches unbeaten and two back-to-back wins in the Bundesliga.

Marco Rose will look for tactical maturity from his men as they look to take three points from Hoffenheim. The focus will be on intensity and controlling the tempo of the match through possession.

They have scored 18 times in the league while conceding 13 goals in the process. They have amassed 18 points out of the available 36, and they currently sit 7th on the log.

In their last five fixtures, Hoffenheim have won once, drawn twice, and lost two times. In this run, they have collected 5 points and dropped 10.

Marco Rose’s charges have won five matches, drawn four, and lost three times in the Bundesliga this term after 12 rounds.

They have notched 22 goals in the league so far while conceding 18 times. They have collected 19 points from the available 36 points in the 12 Bundesliga rounds.

Leipzig are unbeaten in their last five matches in the Bundesliga; they have won three times and drawn twice. They have collected 11 points in this positive run.

The creative forward has been pivotal for Hoffenheim this season with his two goals and two assists in 12 appearances.

Baumgartner will be central to what Hoffenheim will look to do in the clash with Leipzig on Saturday.

The French player is a dynamic forward with crucial qualities of penetration, pace, passing, and cutting-edge in offensive areas.

Nkunku will be crucial for Leipzig as they look to extend their unbeaten run.

While Leipzig will look to dominate the match through possession, patient passing, and pressing, Hoffenheim will seek to leverage transitions to attack the counter. This will make for an end-to-end match with Leipzig favored to win the three points.

Make sure to bet on Hoffenheim vs Leipzig with 22Bet!