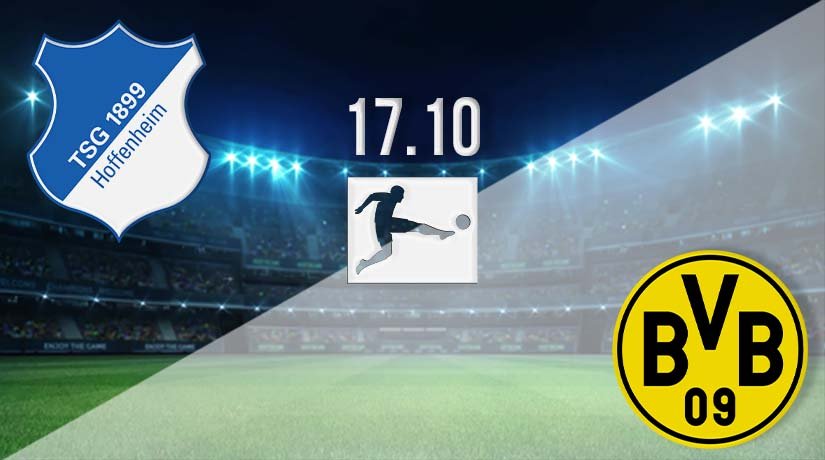 Major football leagues return to action this weekend following the international break for UEFA Nations League matches and there’s plenty to keep followers of the German Bundesliga entertained. Our focus falls on Borussia Dortmund’s trip to Hoffenheim on Saturday from 2:30 pm for what should be a competitive match involving two ambitious sides.

These teams met twice last season in competitive action, and it was Hoffenheim who dominated the play, recording a pair of convincing wins. They got off the mark with a 2-1 cheer over Dortmund at this venue last December before hammering their opponents 4-0 at Signal Iduna Park with all four goals were scored by Andrej Kramaric. Hoffenheim haven’t lost to Dortmund since 2017 and hope to continue that run here.

Hoffenheim are sixth in the German Bundesliga after three games played but are just a point off the pace set by early leaders RB Leipzig. The locals have won two and lost one of their opening games, scoring eight goals but conceding five at the other end and it will be the latter they must improve on if they are to be taken seriously as challengers for a top-four finish this term. The coaching staff will be eager to tighten up that defence as soon as possible.

We last saw Hoffenheim in action when suffering their first loss of the season courtesy of a 2-1 reverse at the home of Eintracht Frankfurt. That was an away day many fans believed their side could take something from and the beaten team did take the lead inside 18 minutes with a goal from Kramaric but that was matched by Kamada before Dost won the day. It will be interesting to see how the locals respond to that slip.

Borussia Dortmund are always a side expected to do well in the Bundesliga and challenge for the major places with a top-four finish and Champions League spot the least fans want to see. They enter this game level on points with their hosts but are one place higher in the league thanks to goal difference. The visitors have played three, won two and lost one, scoring seven and conceding two.

Dortmund make this trip on the back of an impressive 4-0 win achieved when hosting Freiburg before the international break. Haaland netted a double that day and there were also goals for Can and Passlack with the latter coming in stoppage time at the end of the game.

The stats attached to this fixture will give followers of the home team reason to be confident as Hoffenheim target another important win that could lift them into the top-four. Borussia Dortmund were impressive last time and know anything similar here would see them compete for the points.

Make sure to bet on Hoffenheim vs Borussia Dortmund with 22Bet!