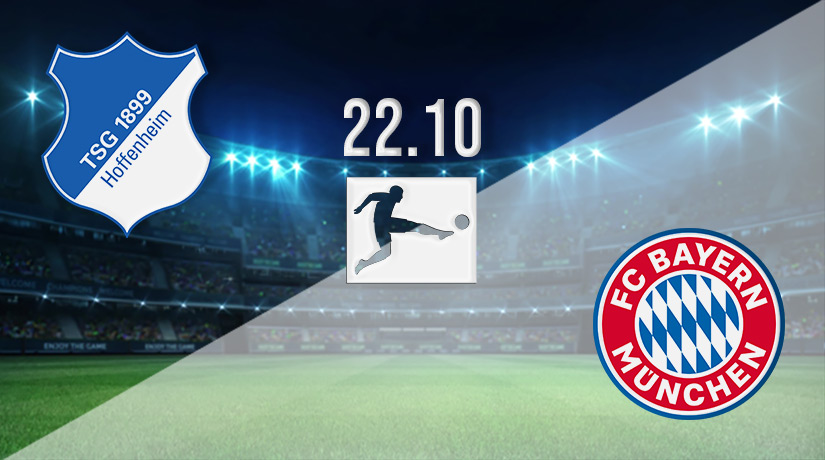 After Humping up to second on the Bundesliga table, and after going three matches without defeat, the champions Bayern Munich will be looking to regain their domestic consistency when they travel to the Rhein-Neckar Arena to face fourth-placed Hoffenheim on Saturday at 14:30 GMT.

Can Hoffenheim Hold on to their Top-Four Position with a Win?

In the opening ten outings, Hoffenheim have competed well in the Bundesliga. Their current 4th position on the table underscores their stellar start to the season.

André Breitenreiter will be looking to maintain their current form as they welcome the champions Bayern Munich on Saturday. The focus will be a high-energy and high-tempo performance designed to frustrate Bayern Munich and make it hard for them to have their way in this clash.

Hoffenheim will also focus on their defensive shape as the focus will be on denying the Bayern attackers any space to exploit behind the defense with their pace.

Can Bayern Inch Closer to the Bundesliga Summit with a Victory?

Julian Nagelsmann will be hoping that Bayern have over their inconsistent patch this season as he looks to press home their dominance in the Bundesliga ahead of the break for the World Cup in November.

The inconsistent start to the season has meant that Bayern have not set the pace at the top of the league as they customarily do, as they look to win their 11th consecutive Bundesliga title.

Nagelsmann will focus on his side’s intensity and tempo when they face Hoffenheim on Saturday; he will expect them to work ever harder and allow their quality to shine through with a win.

André Breitenreiter and his charges have won five times, drawn twice, and lost three times in their opening 10 outings in the Bundesliga. They have collected 17 points out of the available 30, and they currently sit 4th on the log.

Hoffenheim have scored 17 goals and conceded 7 in this run. This highlights their attacking threat in the league, while also showcasing their robust defensive shape.

In their last five matches, Hoffenheim have won twice, drawn twice, and lost once. In this run, they have hauled 8 points and dropped seven in the process.

Nagelsmann’s charges have started inconsistently to the defense of their Bundesliga title this term. They have won five times, drawn four times, and lost once. They have collected 19 points out of the available 30.

The Bavarians have scored 30 times this season, highlighting their attacking cutting edge this season in the Bundesliga. They have conceded 22 times, which also underscores the defensive problem that has seen them drop 11 points so far this term.

In their last five outings in the league, Bayern Munich have won twice, drawn twice, and lost once. They have amassed 8 points and dropped 7 points in this run.

The 30-year-old has been an important part of Hoffenheim’s good start to the season. The Arab-Israeli has grabbed four goals in nine appearances for the four-placed side this term.

Dabour will be crucial for Hoffenheim as they look to deliver a performance that focuses on the energy, tempo, and front-foot pressing to bolster their chances of taking something from this clash.

Leroy Sane has been the leading start for Bayern Munich this term. His starring role comprises nine goals and three assists in 14 appearances for the Bavarians.

His goals have formed a part of the most deadly attack in the Bundesliga that has collectively plundered 30 goals.

Sane will be important for Bayern on Saturday as they look to overcome the in-form and confident Hoffenheim side.

Hoffenheim will look to defend from the front. They will deliver a high-energy, high-pressing, and high-tempo performance. Counter-pressing will be important in winning the ball and creating chances.

Bayern Munich will assert their quality and win the match.

Make sure to bet on Hoffenheim vs Bayern with 22Bet!