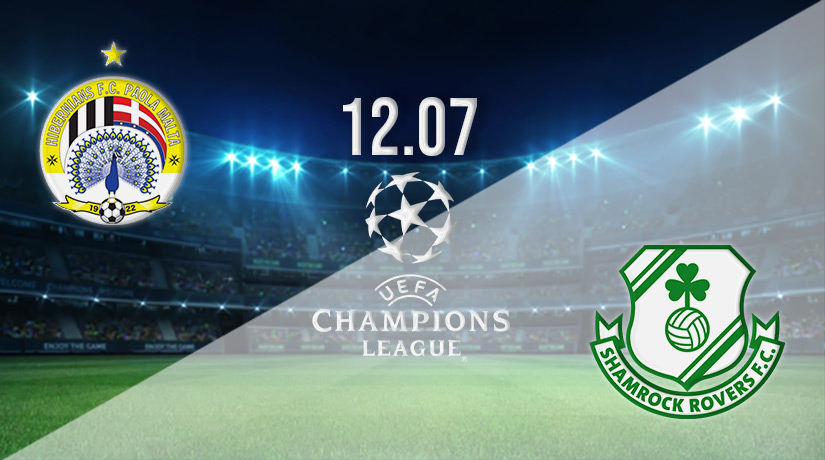 Hibernians will be looking to mount a come-back against Shamrock and overcome a 3-goal deficit on Tuesday at 19:00GMT as both teams seek to make it to the second round of the Champions League qualifiers.

With a three-goal lead, Shamrock will be looking to manage the game effectively and navigate the second leg on their way to the second round.

Hibernian will look to turn this tie as chaotic as possible, put Shamrock under pressure, and bolster their chances of getting back into the tie and trouble a comfortable-looking Shamrock Rovers.

In their last six outings in Europe, Hibernians have won once and lost five times. The win came in a 2-0 triumph over Vaduz.

Shamrock Rovers have been in good form in Europe. In their last six outings, they have won five and lost once. The defeat came against Dundalk (0-1).

The 25-year-old forward is an important player for Hibernians. His pace, movement, creativity, and finishing are crucial tools for Hibernians’ attacking approaches.

Degabriele will be crucial for Hibernians as they take on the difficult task of turning around a tie they trail by three goals.

His threat in front of goal will be pivotal in Hibernians’ chances of coming back into the tie when they host Shamrock on Tuesday.

The 32-year-old striker has already notched a goal against Hibernians in the first leg. He will be crucial in the second leg as Shamrock seek to press home their advantage and ensure they qualify for the second round.

Gaffney’s physicality, pace, and experience, are crucial in bolstering Shamrock’s attacking approach while giving him the ability to be at the end of goal-scoring chances.

Hibernians will be faced with the massive task of coming back from 3 goals down in the second leg. They will focus on getting a fast start with an early goal and putting Shamrock under pressure.

Shamrock will focus on maintaining their composure, absorbing pressure, and posing an attacking threat going forward in this match.

Shamrock Rovers will win the match and confirm their place in the second round of the qualifiers.

Make sure to bet on Hibernians vs Shamrock with 22Bet!