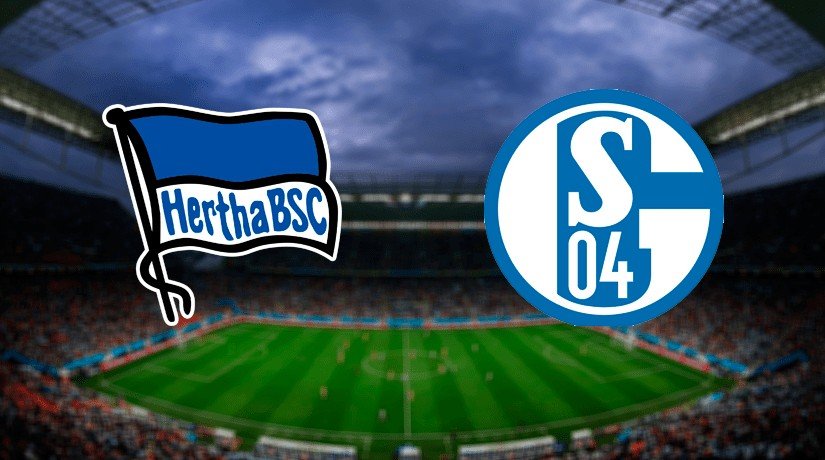 Optimism is in the air of Hertha Berlin squad and fans. Their positive trend is still on the run under Jurgen Klinsmann’s command. Hertha have only lost twice and managed to win four times in the last seven games. Their position on the standings has been improving too.

Moreover, the team has moved to the thirteenth of the table, which is much higher than before Klinsmann’s arrival. These a fantastic dynamic compared to last year when they were mainly in the relegation zone.

This weekend Hertha Berlina will be facing off a tougher contender than last week, Schalke 04. It is certainly a challenging match for Rune Jarstein and Co as well.

Make sure to check out our Hoffenheim vs Leverkusen prediction as well!

Klinsmann’s men were able to seal three points in their away fixture. Last week, they won 2-1 over Vfl Wolfsburg. Jordan Torunarigha and Dodi Lukebakio netted the winning goals. This stunning result can be a boost for their confidence after being hammered by Bayern at home previously.

Schalke, on the other hand, was, in fact, Bayern’s most current victim last week. They were crushed 0-5 in their visit to Allianz Arena. David Wagner’s formula seems to be not working well when they are up to the stronger side like Die Roeten, Leipzig or Dortmund.

Jurgen Klinsmann apparently tends to deploy 4-2-3-1 with the transition to 4-1-4-1 formation. The change in lone striker role from David Selke to Dude Lukebakio seems to give a positive impact on their attacking side. Their new signing, the Argentinean Santiago Ascacibar performed quite well in his debut with Hertha.

David Wagner is in fact, in favor of various formations. The former Huddersfield’s boss has deployed 4-2-3-1, 4-4-2 or 4-3-1-2. He mainly counts on lines of youngsters such as Armine Harit, Benito Raman, Weston McKennie and Suat Serdar

In Hertha’s squad, Klinsmann has a number of key figures in the team such as the Belgian Dodi Lukebakio with his five goals and four assists, Vladimir Darida who has scored three goals and three assists and the former Celtic defender, Derdyck Boyata.

Meanwhile in Schalke, the current top performers are Armine Harits, who has netted six goals and provided four assists and the center-back Salif Sane. The midfielder Suat Serdar and the Belgian forward, Benito Raman are some other notable ones in the team. Each has scored seven and four goals, plus two assists for the latter one.

Hertha’s impressive form will potentially continue if David Wagner’s men are unable to rise from their humiliating defeat by Bayern before. Klinsmann’s preference to employ swift attack could lead to the visitor’s consecutive loss. A narrow win for the home side is quite likely.

Hertha’s positive trends do not seem to give an impact on their odds among the punters. They are backed to win at 2.65 here, exactly the same as the Schalke’s win market. The odds for the draw result are at 3.65.

Make sure to bet on Hertha Berlin vs Schalke 04 with 22Bet!