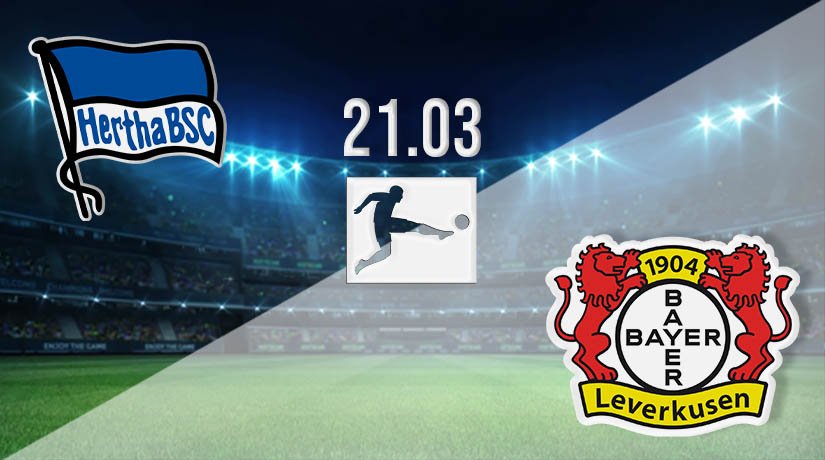 Bayer Leverkusen will be hoping for maximum points on the road against Hertha Berlin this weekend, as they look to get back into the mix for a Champions League place in the Bundesliga.

It has been a disappointing couple of weeks in the Bundesliga for Bayer Leverkusen, but they will have the chance to get back into this mix for a Champions League place this weekend if they can pick up three points against Hertha Berlin. Leverkusen have won just once in their last three games, with their most recent win coming on the road against Borussia Monchengladbach. Despite their recent form, Leverkusen are still four point away from the Champions League places. Defeat could be costly for Leverkusen this weekend though, as they could drop out of the Europa League places at the expense of Union Berlin. If they are to get the win this weekend then they will need to play better than they did against Arminia last weekend, as they were beaten 2-1. It was a disappointing showing from Leverkusen on that afternoon, as they failed to make their possession in the game count.

This is also a huge weekend for Hertha Berlin, as they come into this fixture in the relegation playoff place in the Bundesliga. Hertha are level on points with 17th place Mainz, but just one point away Arminia. However, they will need to improve following their defeat against Borussia Dortmund last time out. Hertha didn’t register a single shot on target in that defeat, and a red card for Vladimir Darida could also prove costly, as they will be without the experienced midfielder for the visit of Dortmund this weekend.

Hertha Berlin have a good record against Bayer Leverkusen over the course of their recent meetings. They have won two of the previous four against Bayer, which includes a win in the last game between the sides that was played in Berlin. The game earlier in the season saw the points shared, as the sides played out a 0-0 draw.

Bayer Leverkusen’s recent form will be a big issue for their chances of finishing in the Champions League places this season. However, we expect them to get a much-needed win this weekend against Hertha Berlin.

Make sure to bet on Hertha Berlin vs Leverkusen with 22Bet!