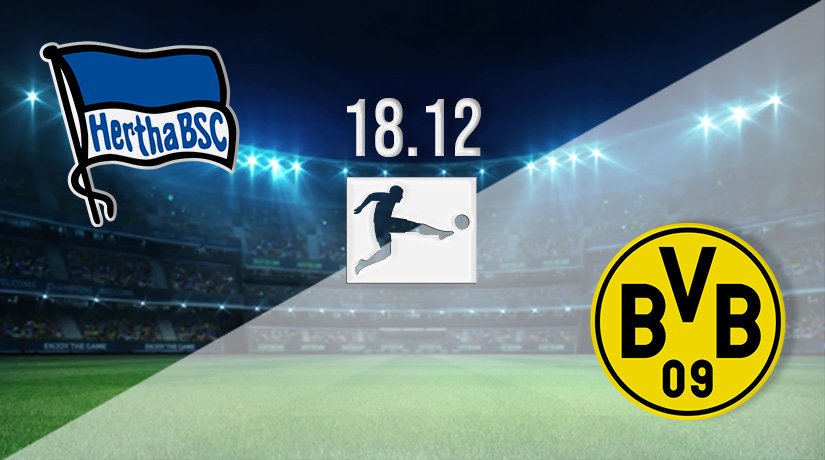 The final game before the winter break in the Bundesliga for Borussia Dortmund comes on the road against Hertha Berlin. The gap between Dortmund and Bayern Munich at the top of the table currently stands at six points, which means that the travelling side will remain hopeful of maintaining their title charge in the second half of the season.

There was a welcome return to winning ways for Dortmund in midweek, as they ended a two-game winless run against Furth. It was a very routine performance by the hosts on that occasion, as they took the lead inside the opening 35 minutes after Erling Haaland scored from the penalty spot. The Norwegian scored his second of the game with eight minutes left on the clock, before Donyell Malen extended the comfortable advantage with a goal with just a minute remaining of the 90.

Survival will the aim for Hertha Berlin in the second half of the season, as they already look set to be in a relegation battle. They are currently just a point outside of the relegation playoff position, and recently saw their three-game unbeaten run ended following defeat in midweek.

It was an extremely poor showing by Hertha in that fixture, as they fell to a 4-0 defeat against Mainz. The visitors were well below par in that fixture, as they had just 32% of the ball, and recorded a single shot on target in the defeat. They will need to raise their game immeasurably to stand any chance of getting anything from the game against Dortmund on Saturday.

Dortmund have an excellent record in this fixture in recent meetings, as they have picked up victories in the last four fixtures. They won on their last trip to Berlin 5-2 in November of last year. The most recent fixture saw Dortmund run out 2-0 winners.

Hertha were extremely disappointing in midweek, and will need to raise their game this weekend. However, we struggle to see anything other than a comfortable victory for the visitors this weekend.

Make sure to bet on Hertha Berlin vs Borussia Dortmund with 22Bet!