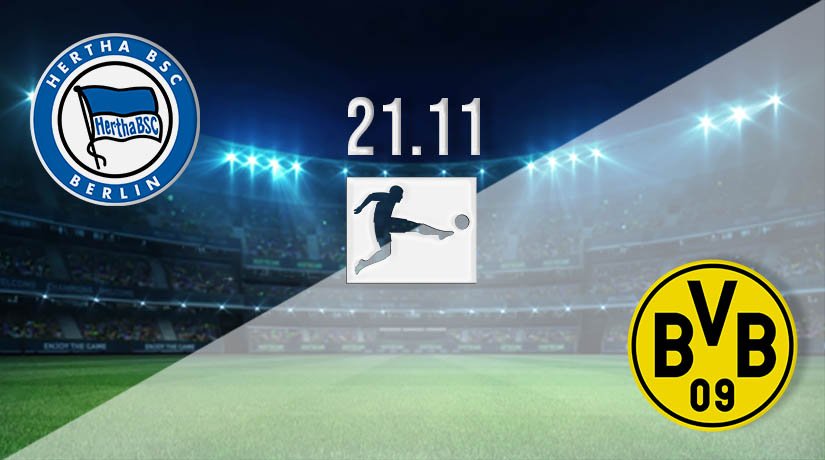 Borussia Dortmund’s title chances could be fading even greater this weekend if they aren’t successful with picking up three points against Hertha Berlin. Can Dortmund get the three points that they need?

Borussia Dortmund have already seen a three-point gap open up between themselves and Bayern Munich at the top of the Bundesliga table. They can not afford that difference to grow any bigger this weekend, as a six-point difference may be too much to overcome. Bayern are unlikely to drop that many points between now and the end of the season, which means that this is essentially a must-win game for Dortmund this weekend.

Dortmund go into this game having won five of their last six games in the league. But, they will be hoping to bounce back following defeat in their most recent league game against Bayern Munich. That defeat was a hammerblow for Dortmund, but they did no defend nearly well enough against the reigning German and European champions. Marco Reus gave Dortmund the lead the match, but that lead was swiftly overturned in the space of five minutes either side of half time. Leroy Sane scored a third for Bayern with ten minutes remaining, before Erling Braut Haaland pulled a second goal back for Dortmund.

Hertha Berlin look like they will be engaged in a battle against relegation this season, as they form at present sees them just four points above the relegation places. However, there has been an upturn in form over recent weeks, as they ended a run of four consecutive defeats with a draw and a win in their last two games. That win was an essential victory for Berlin, as it has seen them jump up the table slightly. Hertha’s win in their last game in the Bundesliga came against Augsburg, with Matheus Cunha, Dodi Lukebakio and Krzysztof Piatek scoring the goals in the victory.

Dortmund have a great record against Hertha, and that is shown by the fact that they have won the last three games against their opponents this weekend. The last victory for Dortmund saw them run out 1-0 winners at home.

This is a must-win game for Dortmund, as they look to bounce back from the defeat that they suffered recently against Bayern Munich. We expect them to get the three points that they need, and it’s likely that Haaland will be among the scorers.

Make sure to bet on Hertha Berlin vs Borussia Dortmund with 22Bet.