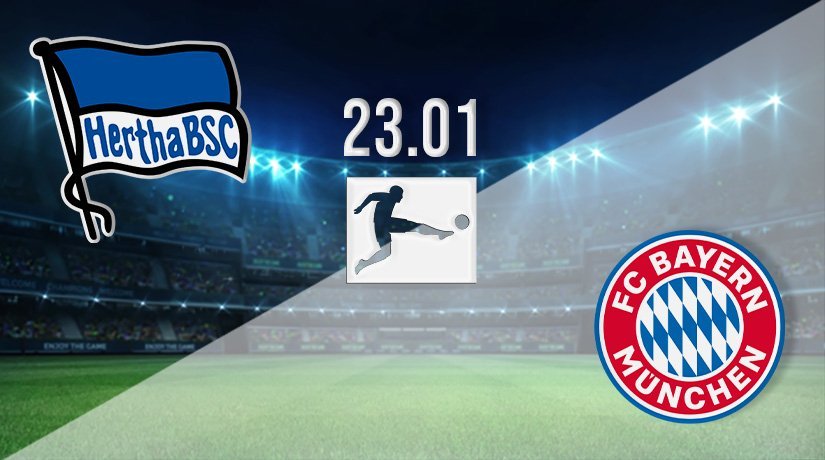 Bayern Munich be well aware that they are in a title race this season, as Borussia Dortmund are just six points behind at present. They will need to maintain a strong run of results to pull away from their opponents, beginning in the German capital this weekend against Hertha Berlin.

Bayern Munich haven’t had the perfect start to 2022, as they have already suffered one defeat in the two league games that they have played. They were shockingly beaten on their return to Bundesliga action by Borussia Monchengladbach, as they lost 2-1.

However, normal service resumed last weekend, as they got back to the form that saw them scored nine unanswered goals in two fixtures against Stuttgart and Wolfsburg before the international break.

Bayern travelled to FC Köln last weekend, and claimed a dominant 4-0 success. Robert Lewandowski produced yet another striker masterclass in that fixture, as he scored a hat-trick. The Pole picked up the award for FIFA Men’s Player of the Year later in the week. Corentin Tolisso scored the other goal in the win over Köln.

Hertha Berlin still find themselves in a battle to stay in the division this season, as they are currently down in 13th place in the standings. They are just four clear of the relegation places coming into this weekend, but have shown slightly better form than the sides below them in recent weeks.

Hertha have won two of their last five in the Bundesliga, and were held to a draw in their last league fixture. That draw was a nervy affair last weekend, as neither they or Wolfsburg looked to give an inch. Eventually the two sides facing a relegation fight this term played out a 0-0 draw. There was also disappointment for Hertha in midweek, as they were beaten by Union Berlin in the DFB Pokal.

Bayern have won each of the last four fixtures that they have played against Hertha in the Bundesliga. They have scored 14 in the previous three, with five of those goals coming in a 5-0 success earlier in the season. Hertha’s last win against Bayern came in September 2018.

Hertha have a poor record against Bayern, which doesn’t bode well for their chances this weekend. The Bavarian giants look the safest bet, and we could see them winning 3-0 on the road.