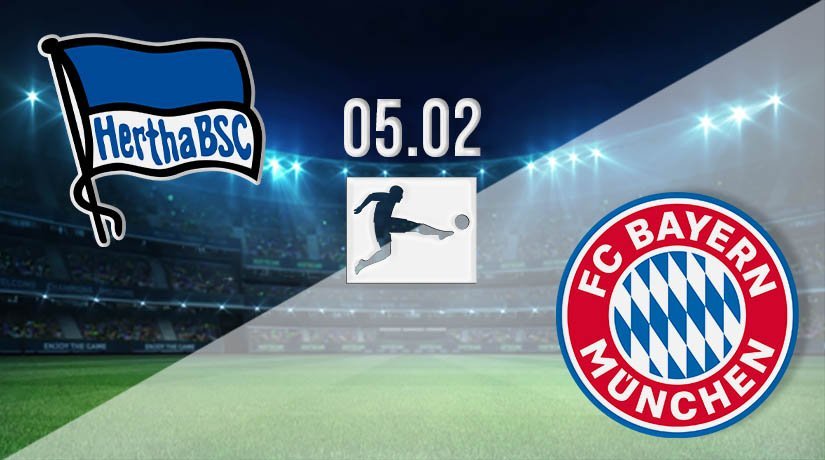 Bayern Munich continued their march towards the Bundesliga title last time out, which has only amped up the pressure on the sides around them. The Bavarian giants will be making a trip to the capital this weekend, as they take on Hertha Berlin.

Bayern Munich may have given the sides around them at the top of the league hope earlier in the season after a sluggish start, but there has been nothing slow about their performances over recent weeks. Bayern are looking as though they are going to relentlessly press ahead to the title given the standard of performances that they have put in over recent weeks. The German giants have scored eight goals in their last two games, with four of those goals coming in their last outing against Hoffenheim. Bayern scored two goals in each half to showcase their dominance, with Jerome Boating and Thomas Muller scoring one each in the opening half. Further goals were added in the second period by Robert Lewandowski and Serge Gnabry.

It has been a disappointing start to the new year for Hertha Berlin, and they will nervously be looking over their shoulder this weekend. Defeat against Bayern could see them drop into the playoff relegation spot, as they have lost four of their last five Bundesliga fixtures. Their form has been very worrying, as they have lost their last three. Worst of all, their performances have been very below par from what is expected of them. They have conceded ten goals in their last three games. Hertha were beaten 3-1 by Eintracht Frankfurt last time out, but they were able to bring in some much-needed experience on deadline day, as they signed Sami Khedira. The German World Cup winner will need to immediately improve this Hertha side if they are to have any chance of dragging themselves up the league standings.

Hertha  Berlin have only beaten Bayern on one occasion in the past ten years. That win came in September 2018. Bayern have won three of the previous four games, which includes the thrilling 4-3 success that they recorded in October 2020.

Bayern Munich have been scoring at ease in recent games, and that will show no sign of stopping on Friday night. They could be big winners against Hertha Berlin.