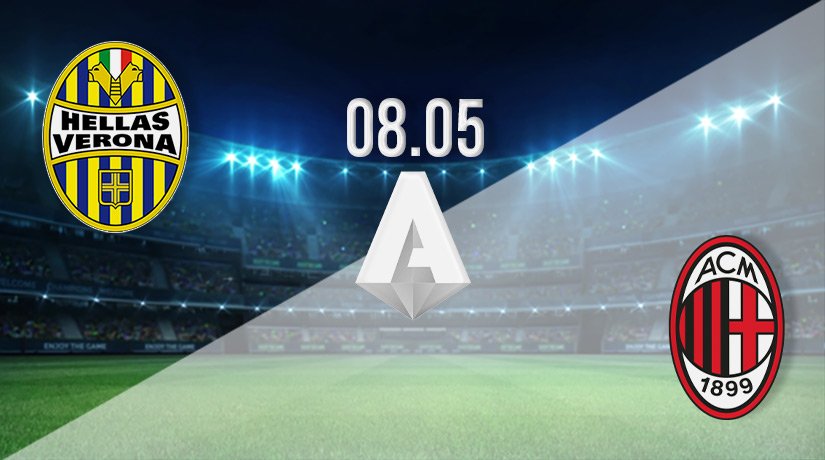 The Serie A title race continues this weekend, as AC Milan look to remain top of the league standings with victory on the road against Hellas Verona. The hosts will be looking to stretch their unbeaten run to four games.

The end of the Serie A season will be unmissable, as the destination of the 2021-22 title is yet to be decided. It is a two-horse race between the two Milan rivals, with AC Milan currently leading the way with a two-point advantage with three games of the season remaining.

It could be a famous campaign for Milan, as they haven’t won the Italian top-flight title since the 2010-11 season. They aren’t showing many signs of nerves at this late stage of the campaign either, as they are unbeaten in their previous five games, and have won each of their last three.

Hellas Verona are set to find the season in the middle of the league standings. However, their recent form has been pretty strong, as they have lost just once in their previous five fixtures. They also come into this home game against Milan having not suffered a defeat in their previous three.

Verona picked up a second win in three games last weekend, as they beat Cagliari 2-1 away from home. Antonin Barak and Gianluca Caprari scored the goals in the first half of that win.

Milan have an excellent recent record in this fixture, as they are unbeaten in their previous six against Verona. They have picked up wins in each of the previous two fixtures, which includes their 2-0 away win against Verona last season. Earlier in the season, Milan picked up a 3-2 win at the San Siro.

The finishing line is within touching distance for Milan, as the Serie A title is edging closer. This could be a potential banana skin for the league leaders, and it will likely be another cagey fixture. However, we can once again see Milan edging out their rivals and winning 1-0.

Make sure to bet on Hellas Verona vs AC Milan with 22Bet!